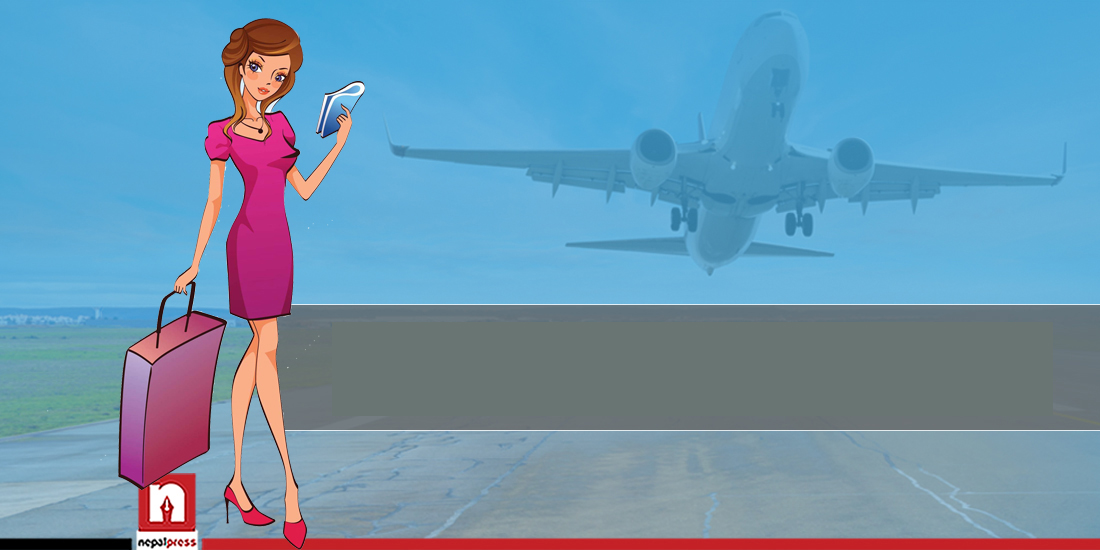 KATHMANDU: Madhu Shrestha (33) of Bhumikasthan Municipality-7, Arghakhanchi met a 26-year-old woman in Kathmandu a year ago. Later, they fell in love after Madhu shared his unhealthy relationship with his wife.

They became good friends and later they continued to have a physical relationship. One day, Shrestha offered the woman to stay in his room. She agreed to his offer and started to live together.

After some months, Shrestha put forth a condition that he will marry her if she goes to Dubai for some years to earn money.

The woman, who was in a deep love with Shrestha, agreed to his proposal and decided to go to Dubai in search of green pasture. When she reached Dubai, she came to know that Shrestha sold her for 15,000 Dirham.

She became the victim of sexual abuse and domestic violence in Dubai. She reached the Nepali Embassy in Dubai seeking help. The embassy sent her to Kathmandu within a month.

Soon after she landed at the Tribhuvan International Airport, she filed a case against Shrestha. Following the case registered by the woman, police arrested Shrestha from Kathmandu. The woman is now under the protection of Maiti Nepal.

Similarly, a 26-year-old woman, who used to work at an eatery in Jorpati, Kathmandu, fell prey to trafficking.

Ramesh Kunwar of Sankhu, Sankharapur Municipality-5 in Kathmandu lured her with the promise of a lucrative job in Iraq. He sent her to Iraq two years ago by taking Rs 125,000.

The aforementioned instances are just a case in point.

Many women are becoming the victims of human trafficking under different pretexts.

As many as 707 people became the victims of human trafficking in the past three years, according to the report of the Anti-Human Trafficking Bureau (AHTB). In which, 87 percent or 618 are women.

Police said that 528 cases related to human trafficking have been registered at different police stations in the country.

SP Anurag Kumar Dubedi, spokesperson and information officer at the Bureau, said that 55 percent or 648 traffickers have been arrested so far and others are still on the run. Among the detainees, 487 are men and 206 are women.