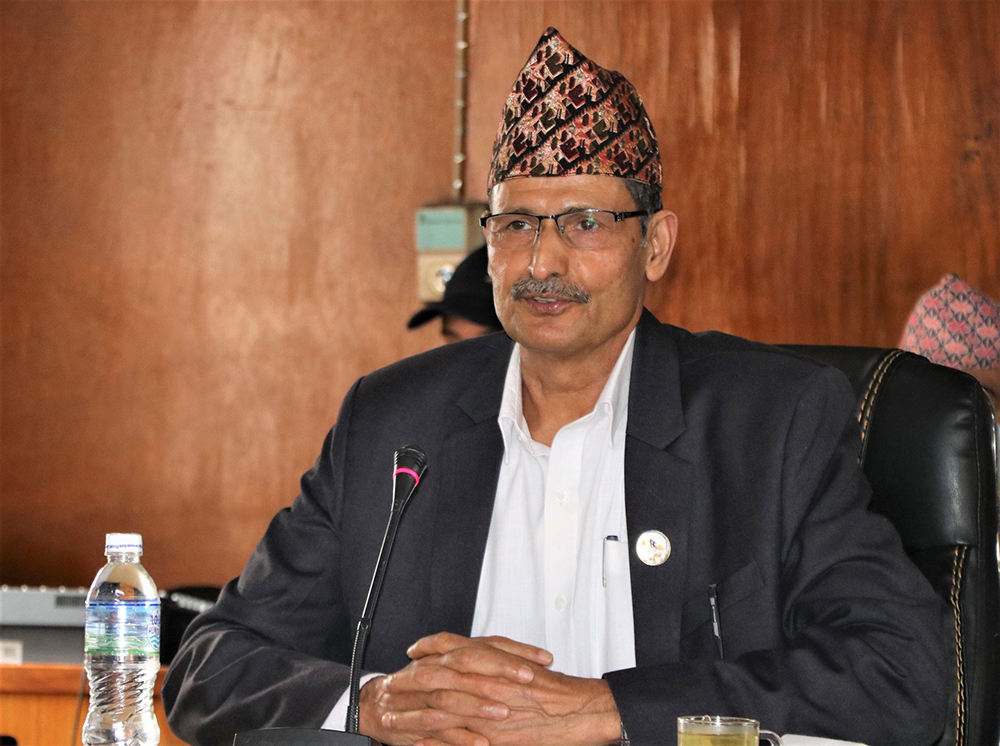 Earlier, Speaker Sapkota had tried to a dialogue with the UML .
The speaker held discussions with party’s Chief Whip Bishal Bhattarai, Whip Shanta Chaudhary and Khagraj Adhikari after the party continued the obstructions.
Minister for Law, Justice and Parliamentary Affairs Gyanendra Bahadur Karki was also present in the discussion. However, the meeting was ended without making any solid decision.

However, Minister for Law Gyanendra Bahadur Karki suggested Speaker Sapkota to find the solution through discussions. The second meeting was postponed following the suggestion of the Minister for Law, Karki.