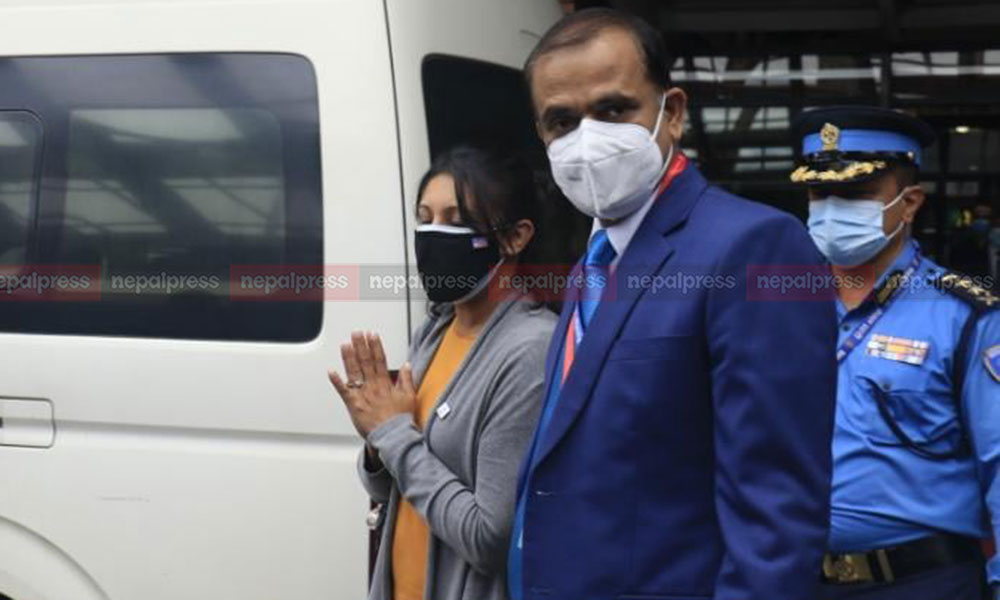 KATHMANDU: Fatema Z Sumar and Jonathan Brooks, vice president and deputy vice president of the Department of Compact Operations at the Millennium Challenge Corporation (MCC) arrived in Kathmandu on Thursday.

They landed at the Tribhuvan International Airport (TIA) on a Qatar airway flight at 9 am today.

Officials at the American Embassy and MCC Nepal office welcomed them at the airport.

Security at the airport was tightened ahead of their arrival.

A team led by Sumar is expected to hold meetings with Prime Minister Sher Bahadur Deuba and Finance Minister Janardan Sharma among others today itself.

Earlier on Wednesday, Millennium Challenge Corporation sent a clarification letter to the Nepal government saying that the Constitution of Nepal prevailed over the MCC Compact, but the agreement couldnot be amended at this time.

Meanwhile, police arrested some people who were staging a demonstration outside the airport against the MCC.