UML lawmakers suggest party to clear its position on MCC 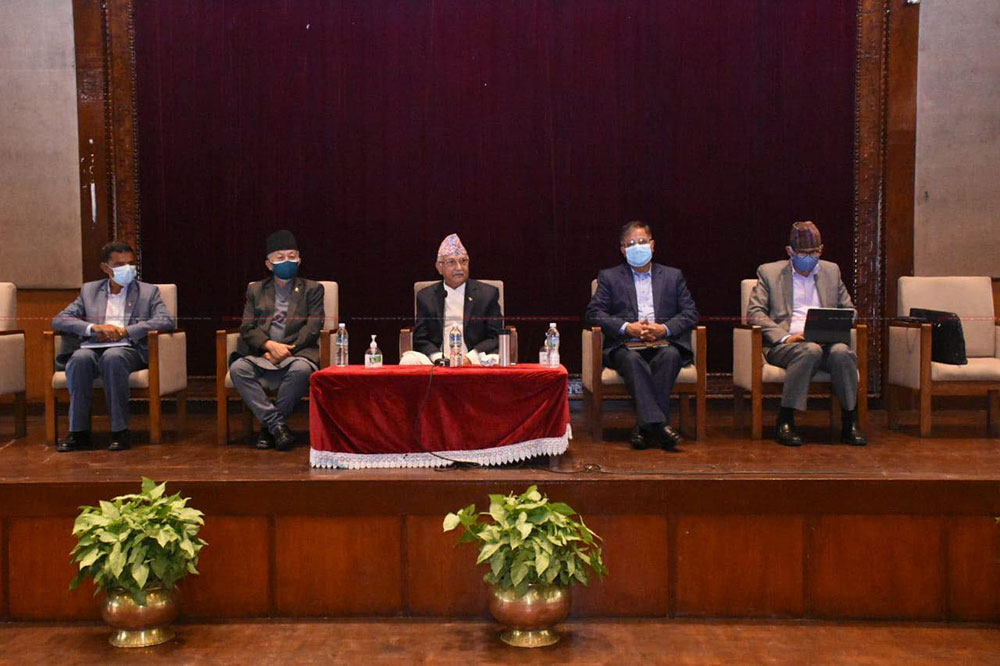 KATHMANDU: The main opposition CPN-UML lawmakers suggested the party to clear its position on the Millennium Challenge Corporation (MCC).

Lawmaker Nirudevi Pal said that the Parliament should not endorse the MCC.

“No one should support the MCC,” she said, adding, “The government should not make any decision regarding the implementation of MCC.”

Another lawmaker Raj Bahadur Budha has sought the party’s clear position on the MCC.

“The MCC has already been taken to the local level,” Budha said. He further said that the party would land in trouble if it did not articulate its position.

Similarly, lawmaker Shiva Maya Tumbahamphe claimed that whatever Speaker Agni Sapkota has done so far, he has done in an illegal way.

She also suggested that the party should make clear its position on the MCC.

Lawmaker Bhagwati Neupane said that the party should obstruct the Parliament meeting today.

As many as 25 lawmakers floated their opinion in the meeting.