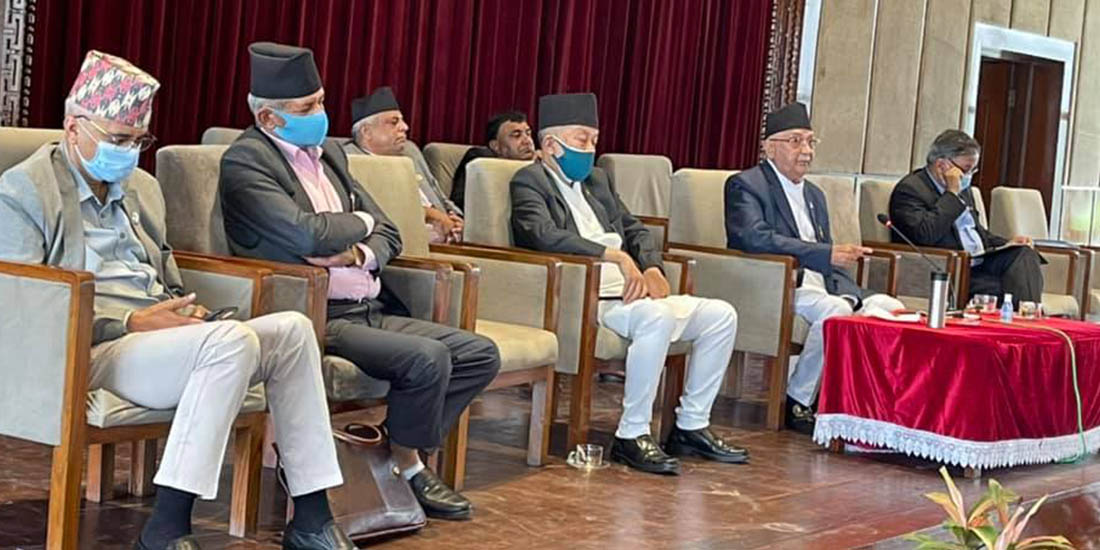 KATHMANDU: The main opposition CPN-UML Chairman KP Sharma Oli has warned of obstructing the Parliament if the 14 lawmakers, expelled by the party, attend today’s meeting.

Speaking at a Parliamentary Party meeting held on Wednesday, Oli said,” We will not allow the House to proceed with its business in the presence of non-parliamentarians.”

The lawmakers, who were expelled by the party on August 9, cannot attend the Parliament meeting of September 8, he said.

According to the rules, the Parliament cannot operate its business in the presence of non-parliamentarians.

Chairman Oli said that the lawmakers expelled by the CPN (Maoist Centre) for joining the CPN-UML should also be allowed to attend the meeting if the non-parliamentarians are given permission to participate in the meeting.

Saying that Speaker Agni Prasad Sapkota has been trying to destroy the party, Oli said that he cannot be considered the Speaker in status quo.

The Parliament meeting has been scheduled for 4 pm today.