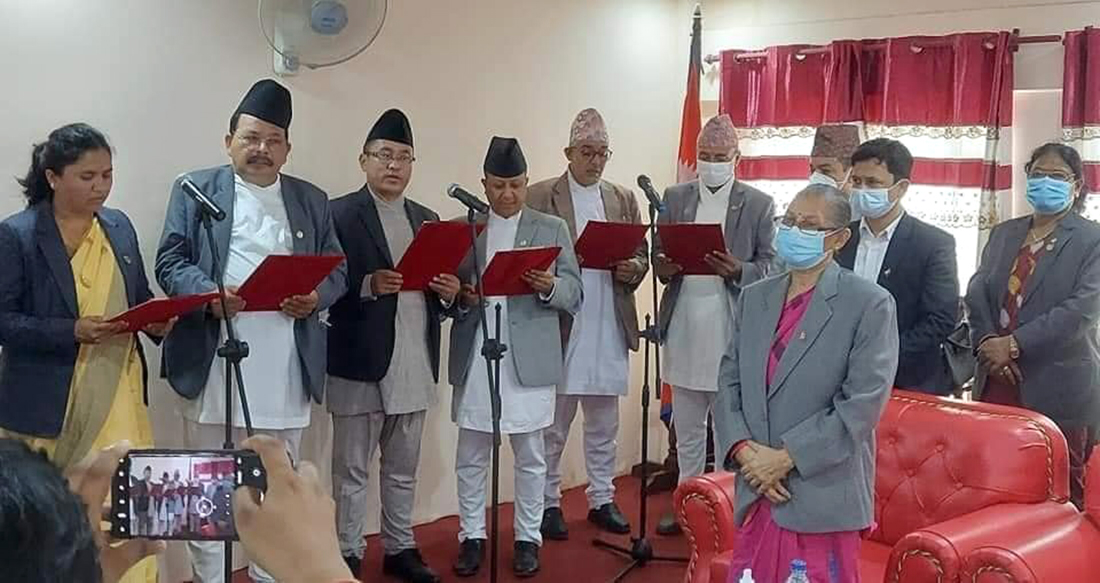 Province Chief Yadav Chandra Sharma administered the oath of office and secrecy to the newly appointed ministers amidst a programme this afternoon.

She appointed six ministers and four state ministers from her party CPN-UML.

Among them, Badri Mainali, Saraswati Bati, Juneli Shrestha and jeevan Khadka were appointed as state ministers.

UML to elect all office bearers, appoint only three vice-chairmen

House endorses Appropriation Bill, but govt has to wait for few more days to spend budget