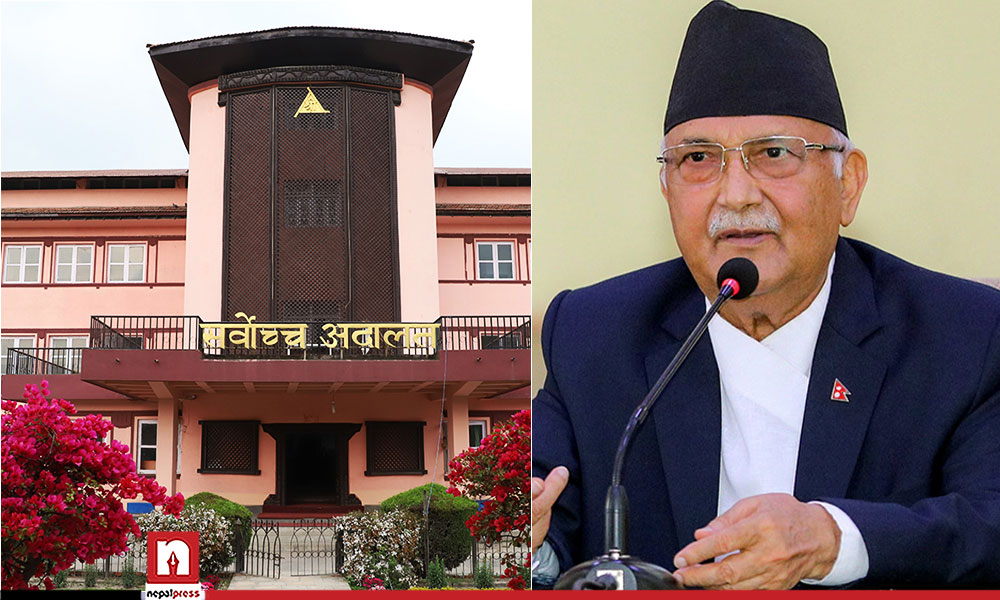 KATHMANDU: The Supreme Court has ordered both sides to appear before the court to discuss the case filed by CPN-UML chair KP Sharma.

A single bench of Chief Justice Cholendra Shumsher JB Rana ordered both sides to appear before the court on September 13 to present their arguements whether to issue an interim order in the writ petition or not.

Sumitra Pandey on behalf of Chairman Oli on September had filed a writ petition at the apex court demanding that the registration of CPN (Unified Socialist) which was formed with the support of 14 lawmakers, who had already been expelled from the UML, and nine central members be scrapped.

The party had also accused the Election Commission of accepting an application for registering a separate party at a time when the application to remove 14 leaders from the party and from the post of lawmakers has been pending at the Parliament Secretariat.

The court has also sought a reply in a written statement within 15 days from the Election Commission.