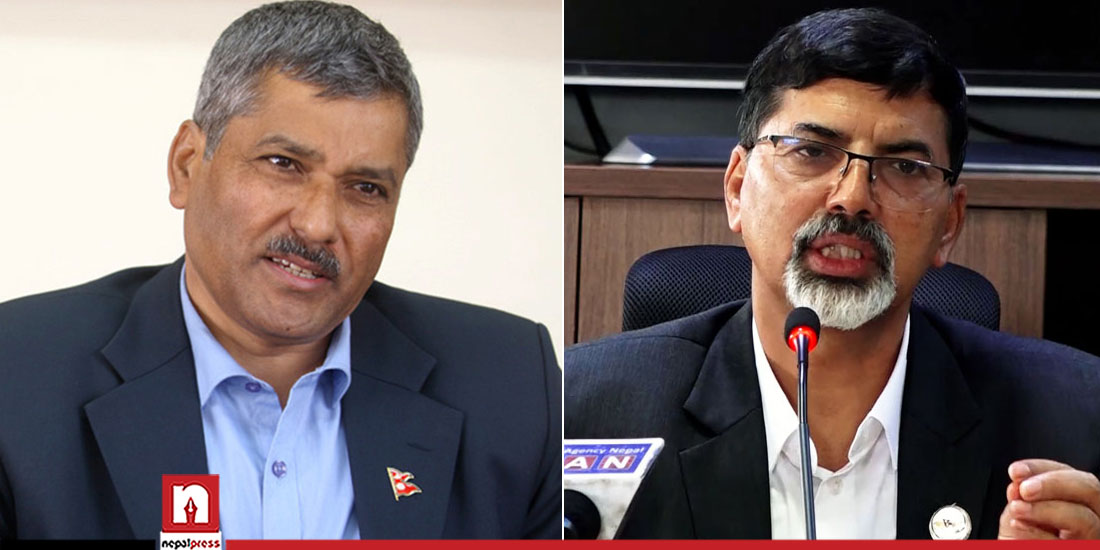 He has asked the governor not to do anything that would lower the morale of investors.

Nepal Rastra Bank, through the monetary policy of current fiscal year, had set a limit of Rs 40 million to 120 million of ‘margin nature loan, to the share market.

According to the provision, a person, who takes a loan more than the set limit, should repay the loan by the end of the current fiscal year.

The investors have been expressing their dissatisfaction with the policy of the central bank. They have been demanding that Nepal Rastra Bank should immediately withdraw the policy.

Saying that the central bank has brought the policy to distress big investors in the market, the investors have demanded resignation of the governor.

According to a source, Minister Sharma has asked Governor Adhikari to give continuity to the old provision related to the margin loan as demanded by the investors.

Saying that it was inappropriate to interfere in the share market, the then Finance Minister Bishnu Paudel had earlier stopped Governor Adhikari from tightening the debt provision.

The source said that Minister Sharma has also expressed his dissatisfaction over the Nepal Rastra Bank’s decision to tighten the margin nature loan.

Some banks have started raising interest rates from this month owing to the same policy while most of the banks are preparing to raise interest rates by two percent in the next two months.