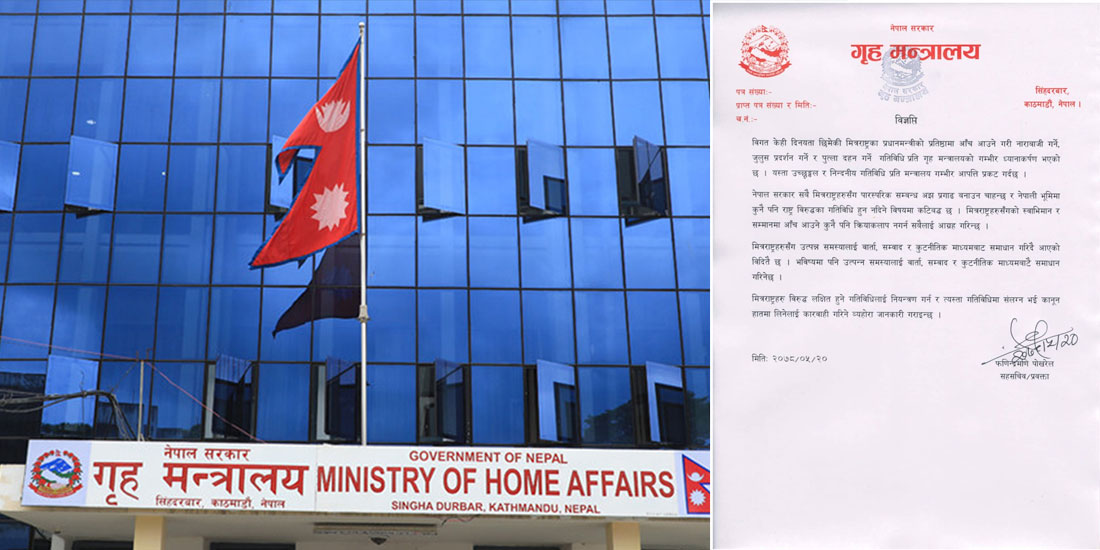 KATHMANDU: The government has strictly warned the public not to carry out any kind of protest and activities that could tarnish the image of neighbouring country’s Prime Minister.

Issuing a statement on Sunday, the Ministry of Home Affairs said that the government will resolve the problems with neighbouring countries through diplomatic channels.

The government issued the statement after the student wing of the CPN (Unified Socialist), one of the parties in the ruling coalition, burned an effigy of Indian Prime Minister Narendra Modi in Kathmandu last week,  in connection with the Darchula incident.

Jay Singh Dhami of Darchula had gone missing after one of the members of SSB allegedly snapped the rope of an improvised cable crossing while he was trying to cross the Mahakali River on July 30.

“The Home Ministry’s serious concern has been drawn towards the activities like staging demonstrations and burning effigy among others of the neighbouring country’s Prime Minister,” the statement read.

Indian Prime Minister Narendra Modi’s name, however, has not been mentioned in the statement.

Nepal has been resolving the problems with neighbouring countries through talks and diplomatic means, the country will do the same in the future as well.