“Nepal will become self-reliant in medicines in few years” 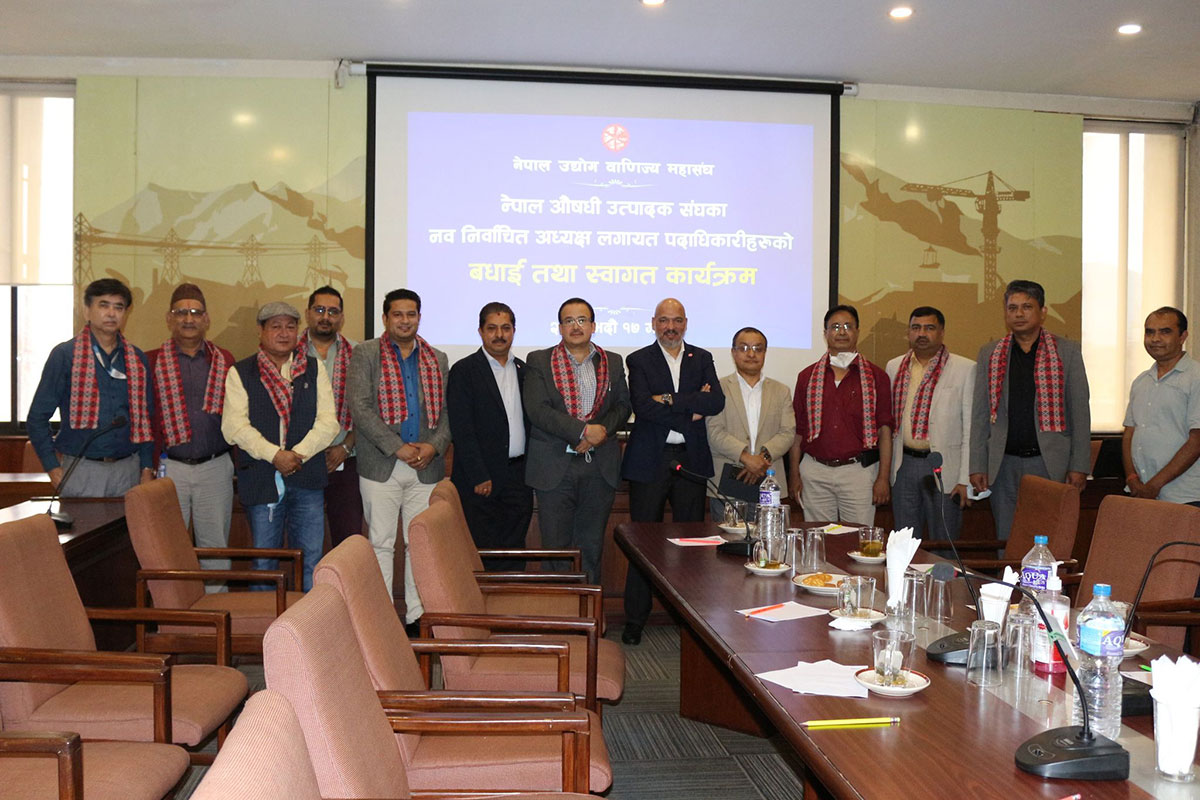 KATHMANDU: Entrepreneurs have said that Nepal will become self-reliant in producing medicines in few years if the government amended the policies and laws to create a conducive environment for the same.

The pharmaceutical industries of the country used to manufacture only 10 percent medicines till few years back, now it has increased to around 50 percent.

The industrialists claimed that Nepal can be made 80 to 90 percent self-reliant in medicines if the government formulate a policy to promote domestic industries.

During a meeting held with the Federation of Nepalese Chamber of Commerce and Industries (FNCCI), pharmaceutical entrepreneurs said that the language used in the provision of every law has demotivated the entrepreneurs and suggested that there needs to be an improvement.

According to a study carried out by the Pharmaceutical industries, the medicine market in Nepal is around 45 to 50 billion. The domestic production has occupied 50 percent and the country has been importing remaining medicines from India and other countries.