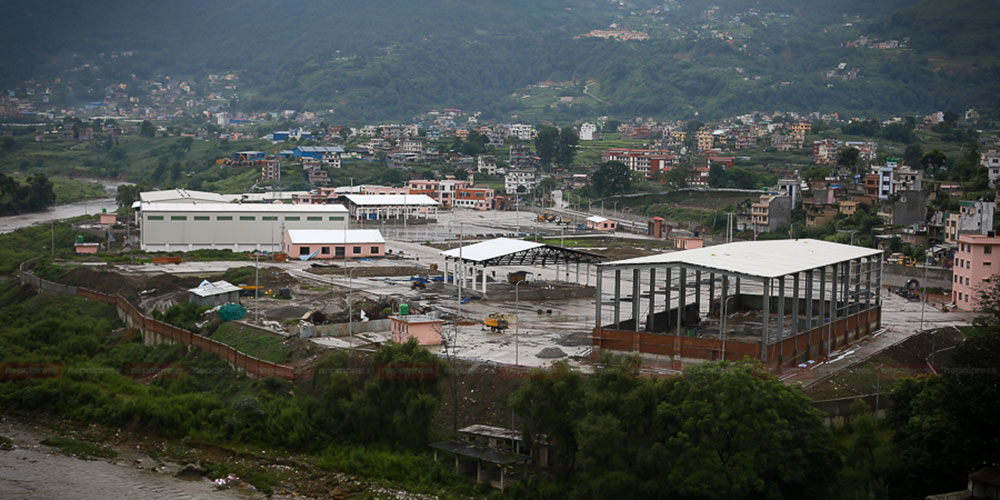 KATHMANDU: The construction of a dry port at Chobar in the south-western part of Kathmandu Valley has been completed. The government built the dry port to facilitate trade and traders in the Kathmandu Valley.

The port will come into operation after the installation of customs and quarantine posts.

Talking to Nepal Press, Executive Director Ashish Gajurel said,”The construction of a dry post in Chobar has been completed. The port will come into operation after the installation of customs and quarantine posts.”

With the completion of the dry port, the goods imported from foreign countries can directly be brought to Chobar now.

The dry port was constructed at the cost of Rs 1.60 billion. Earlier, Rs 1.40 billion was allocated to construct the dry port.

The World Bank had assisted in the construction of the dry port.

Constructed on the land earlier occupied by Himal Cement Factory, the dry port has three buildings and godowns. Out of 1,054 ropanis of land originally belonging to the now defunct cement factory, the port was constructed in 220 ropanis.

Once the dry port comes into operation, It is  expected maximise the  imports and facilitate export. The dry port connects Nijgadh-Kathmandu fast track, a railway with India, Kerung railway and outer ring road.

Now, traders can pay the customs duty in the dry port instead of going to Kolkata, Birgunj and Biratnagar.

The Chobhar dry port, which spreads over 230 ropanis, can accommodate around 500 containers.

At present, traders have been importing goods from Birgunj, Bhairahawa, Tatopani and Biratnagar after completing all the customs work.

The construction of Chobar dry port was started in 2018.

The then Prime Minister KP Sharma Oli had laid the foundation stone in the third week of January in 2019 amid protest from locals.  The locals had claimed that the government was trying to destroy a place with historical significance.