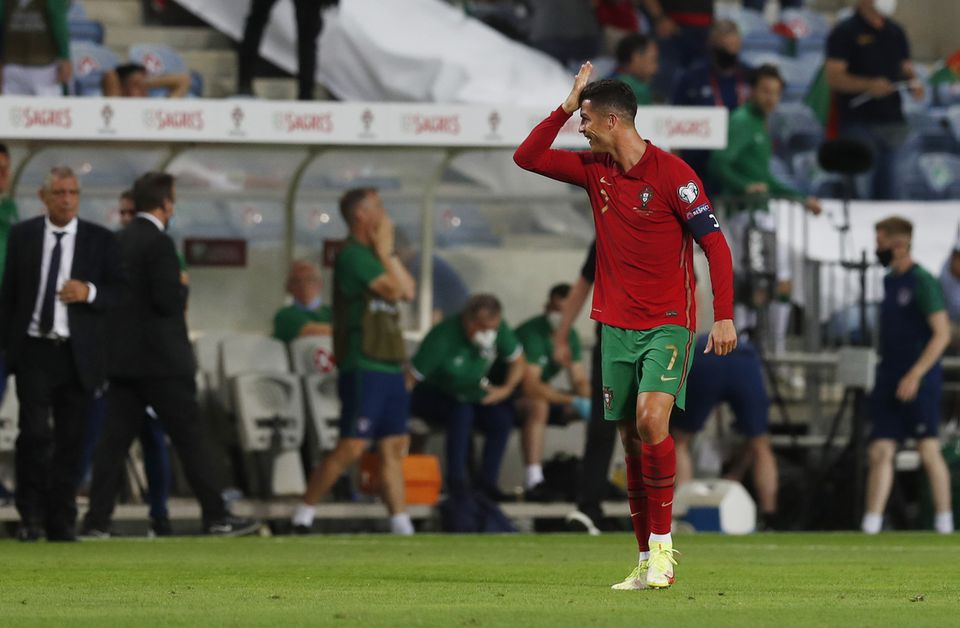 Ireland looked to be holding on for a famous World Cup qualifying victory in Portugal, but, as he so often does, the 36-year-old Ronaldo had the last word with two late goals to break Irish hearts – and the world record.

“I’m so happy, not only for the record but for the special moments with two goals at the end,” Ronaldo said, Reuters reported.

“It was so tough, but we have to appreciate what the team did, they and the fans believed until the end of the game.”

It had been a frustrating night for Ronaldo and his compatriots as Ireland defended resolutely after taking the lead and largely restricted the hosts to pot-shots from distance.

In the 89th minute, Ronaldo lined up a free kick on the edge of the box but the 19-year-old Bazunu again repelled his effort.

Ronaldo, however, simply refused to be denied.

His movement was impeccable, darting this way and that to free himself from the attentions of the defence and get on the end of substitute Goncalo Guedes’s cross to power in a headed equaliser.

That took him past Iranian Ali Daei’s total of 109 international goals and he repeated the feat in the 96th minute with another header to move on to 111.

While Ronaldo’s night was almost perfect, there was one blot on his copybook.

He was booked for taking his shirt off while celebrating the winning goal, meaning he will miss Portugal’s trip to Azerbaijan on Tuesday, according to Reuters.

That may be good news for Manchester United, however, as Ronaldo is expected to play the first match of his second spell at the Premier League club against Newcastle United next Saturday.