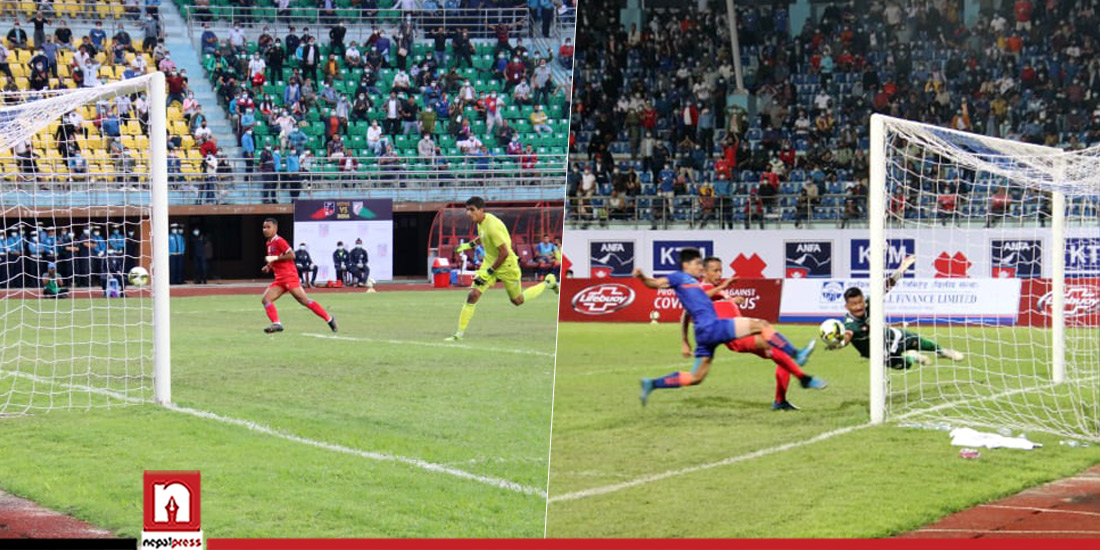 KATHMANDU: Nepal failed to capitalise on the home ground as they play 1-1 draw against India in their first of the two international friendly matches played at the Dashrath Stadium in the Capital on Thursday.

In the match played as preparations for SAFF Championship to be held in October,  Nepal had taken a lead after breaking a six-year drought.

Nepal took the lead with Anjan Bista’s goal in 36th minute which became the first goal against India after Bimal Gharti Magar scored the goal in 2015.

But, Anirudh Thapa scored an equalising in the 60th minute.

The second fixture of the two-match series will be played at the same venue on Sunday.

Out of 19 matches Nepal and India played so far, India have recorded wins in 13 matches, while Nepal managed to win just two matches. Nepal last defeated India 2-1 in the SAFF Championship in 2013.

Earlier, Nepal and India had played in 2015 at the Dashrath Stadium and the two teams played a goalless draw in the 2018 FIFA World Cup Qualifiers.

The Indian national football team had arrived in Kathmandu on Monday to play two international friendly matches against Nepal.