KATHMANDU: The government’s decision to reopen movie theatres has given a ray of hope to the entertainment sector hit hard by Covid-19 pandemic.

When new cases of coronavirus started to swell in Nepal after the second wave of pandemic hit the country in April, the government closed all the cinema halls, leaving many artists, filmmakers and hall operators more worried about their future.

A meeting of Chief District Officers of Kathmandu, Lalitpur and Bhaktapur held on Wednesday decided to give permission to reopen the film halls by adhering to health safety protocols.

Earlier, the Covid-19 Crisis Management Center (CCMC) had decided to give permission to reopen cinema halls if the infection dropped to 15 percent in the Kathmandu Valley. As per which, the CCMC brought the working procedure of smart lock down into implementation from August 17.

As per the same procedure, the administration gave the permission to reopen the cinema halls with a condition.

“We have given the permission to reopen cinema halls with a condition,” Chief District Officer of Kathmandu Kali Prasad Parajuli said, adding,” Action will be taken against the cinema halls if they are found to be not following the health safety protocols.” 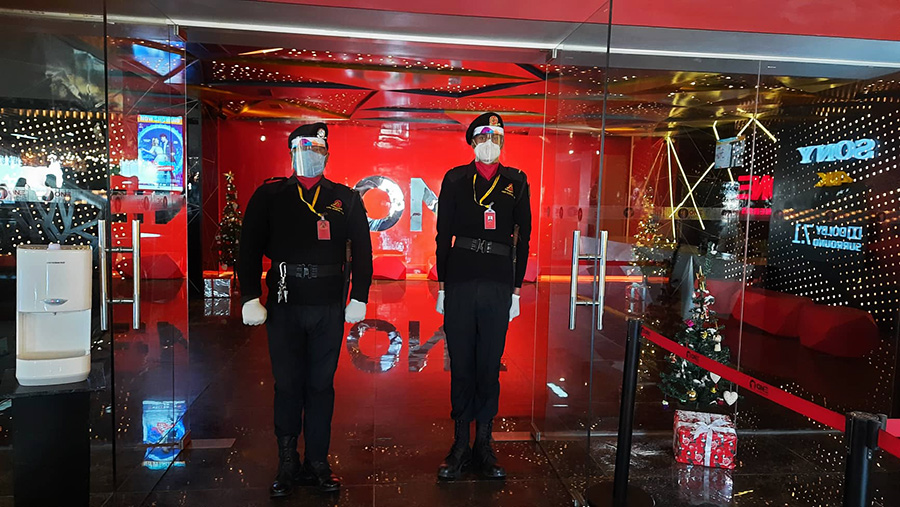 He further said that this decision was necessary to keep the economic sector afloat in view of the approaching festival.

The government had shut down all the film halls across the nation from April 29, 2021.

The filmmakers have welcomed the decision of the administration to reopen the movie theatres.

The pandemic which took a toll on the film and entertainment sector for the past five months has given a new ray of hope with the government’s decision.

The decision of the government to reopen cinema halls with the Dashain festival just a month away has made film producers and hall operators energetic.

General Secretary of Film Association Ashok Sharma said that the decision of the adminisation was laudable. “Now, we will start cleaning the halls,” he said.

“We will work tirelessly to create a conducive atmosphere to screen new movies till Dashain,” Sharma said, adding,”All the halls will be opened within a week and we will urge the administration to reopen halls outside the Valley also.”

The country’s main multiplex chain QFX is preparing to open movie halls from next week. QFX director Nakim Uddin said that the halls will be opened most probably from Tuesday or Wednesday.

The Health Ministry has been saying that the third wave would hit the country from October 1.