5 killed, 1 missing in assorted incidents of landslide in Kaski 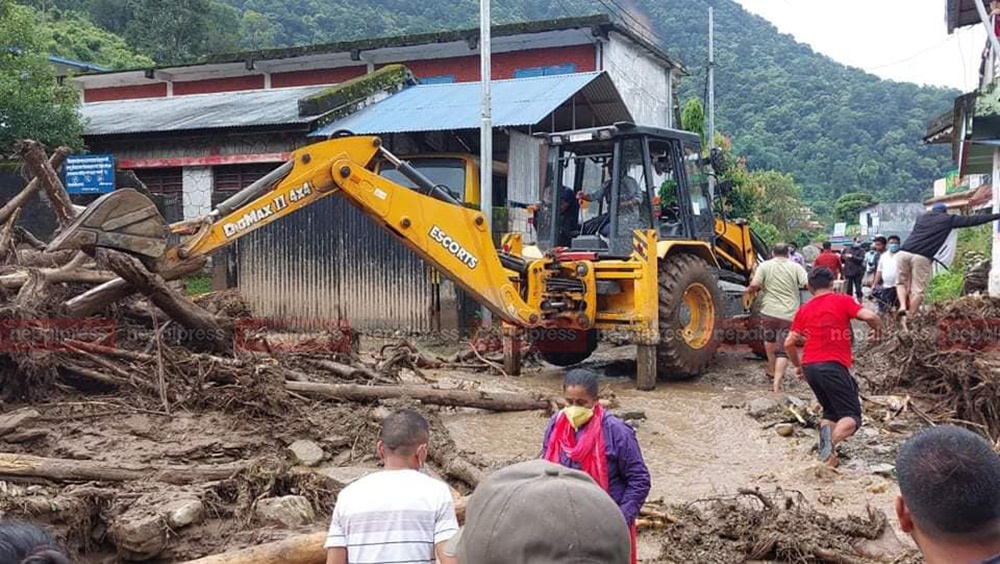 POKHARA: Five persons died and one went missing in two separate incidents of landslide triggered by incessant rainfall in Kaski district on Thursday.

According to the District Police Office, Kaski, four persons died in Pokhara-20 and one in Pokhara-11.

Police said that five others were injured when the landslide buried them today.

The District Police Office said that Krishna Shrestha (45) and his wife Sun Maya Tamang (35) of Bhalam lost their lives in a landslide that occured at Pokhara Metropolitan City-20. Police said a three-year-old child has gone missing and another sustained injuries in the incident.

Similarly, Bishnu Sarki (29) and his eight-year-old son died when a landslide buried their house at Deurali in Mulabari of Bhalam, Pokhara-20, DSP Subash Hamal, spokesperson at the District Police Office, Kaski said.

Likewise, Lakshya Nepali (42), who was critically injured after a landslide buried his house at Namulatole, Pokhara-11, breathed his last during the course of treatment, DSP Hamal said. 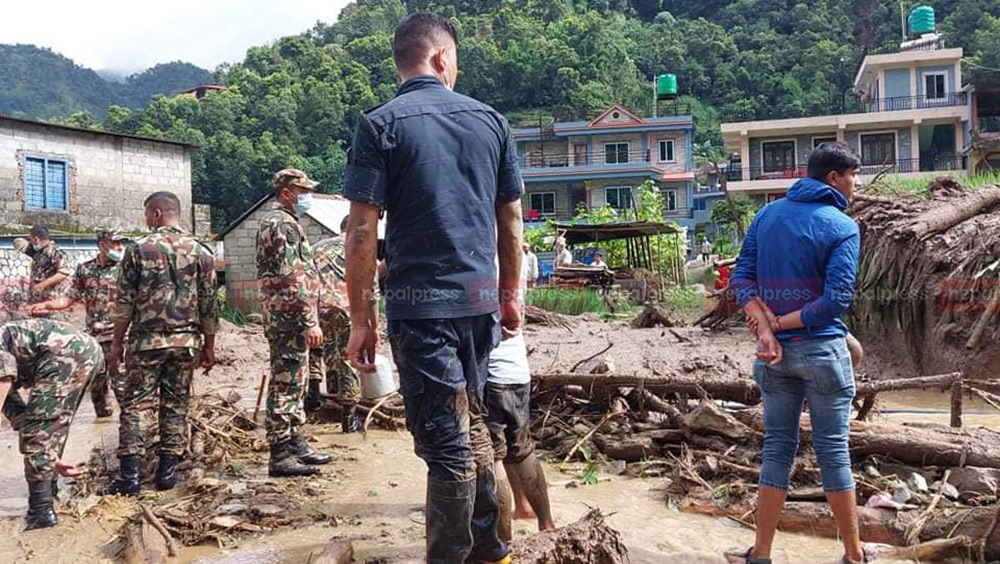