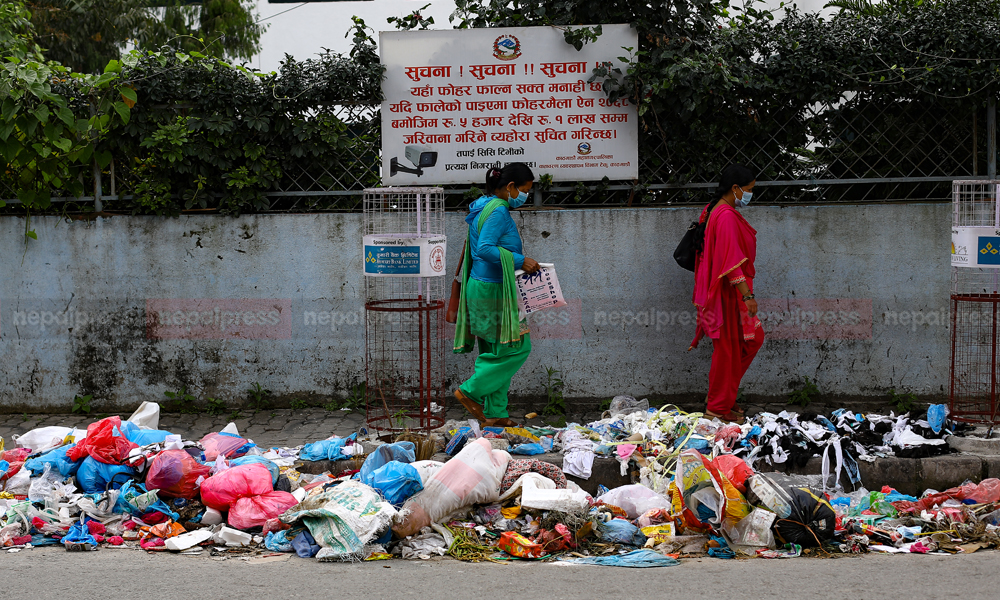 KATHMANDU: The Kathmandu Metropolitan City has decided to collect garbage piled up in various roads and chowks of Kathmandu Valley from Wednesday.

A meeting held among the Chief District Officer of Kathmandu, Director General of Road Division and a senior police official among others made the decision to this effect. The meeting was presided over by Kathmandu Metropolitan City Mayor Bidya Sundar Shakya.

The KMC has warned of stern action if  the locals obstructed the transportation of waste materials to the dumping site.

Heaps of garbage have been piling up on the roadsides and open spaces in various places of the Kathmandu Valley as the Kathmandu Metropolitan City has not collected the garbage for the past two weeks.

“We have reached a conclusion to pick up the garbage after holding a meeting with the concerned stakeholders as the garbage has left the Valley polluted and stiking,” Mayor Shakya said.

Mayor Shakya further said that he has frequently been holding discussions with various agencies to manage the garbage.

“We have been dumping the garbage at Sisdole since 2005. The Minstry of Rural Development has been taking all the responsibility. The responsibility of the Kathmandu Metropolitan City is just to collect garbage from various places and to dump in Sisdole,” he said.

Chief District Officer of Kathmandu Kali Prasad Parajuli said that the meeting chaired by Mayor Shakya has decided to collect the garbage from tomorrow.