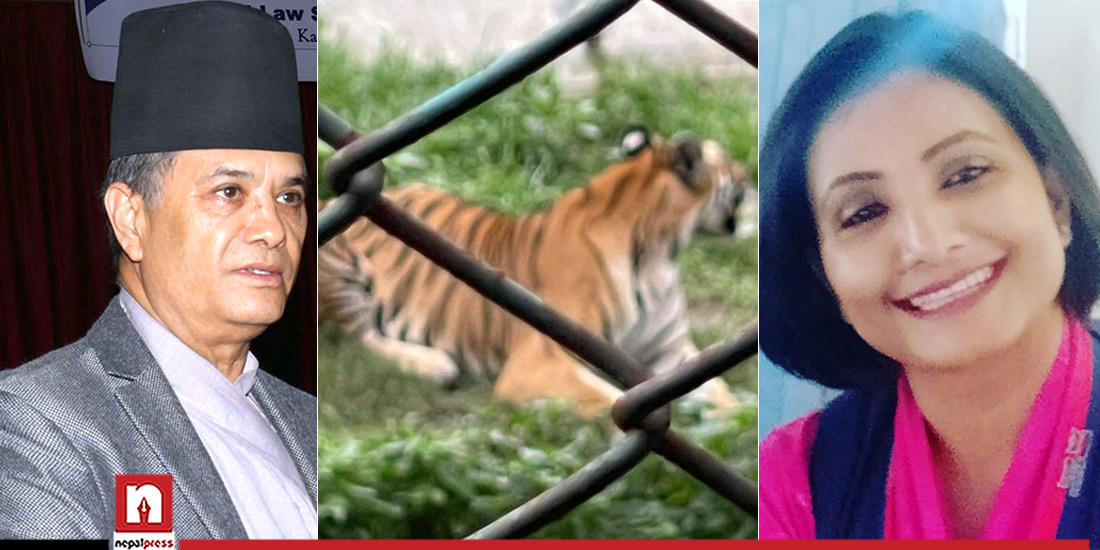 LALITPUR: The Covid-19 pandemic has not only affected human life but also the protected wild animals.

In a bid to protect the animals, Central Zoo in Jawalakhel has come up with a unique campaign called ‘Adopt an Animal‘.

The campaign was launched on March 3 on the occasion of World Animal Day. The campaign started after the then Prime Minister KP Sharma Oli adopted a single-horned Rhinoceros.

Impressed by this campaign, Chief Justice Cholendra Shumsher JB Rana has also decided to adopt a pair of tigers named ‘Pratap’ and ‘Jagati’.

Rana has taken the responsibility of feeding the tigers for one year.

Prajita Karki, one of the campaigners of the campaign ‘Adopt an Animal’ said, “Chief Justice Rana is impressed with our campaign. We are very excited as he adopted a pair of tigers.”

Senior curator of Central Zoo Rachana Shah said that the ‘Adopt an Animal’ campaign is moving ahead in an effective manner.

According to Shah, it will cost around Rs 30 million to feed all types of animals in the Zoo in a year. She said that the cost to feed animals like elephants, tigers, bears, chimpanzees, rhinoceros and pandas is higher than other animals.

Talking to Nepal Press, Karki said that she has been receiving a good response from all quarters of life by starting this campaign.

Under this campaign, anyone can adopt an animal from the zoo and take responsibility for their feeding and medication for a year.