ITAHARI: The water level in the Saptakoshi River has crossed this year’s highest mark due to torrential rainfall for the past few days.

According to the information provided by Koshi Barrage Control Room, the water flow in the river has reached 257,790 cusec.         The authorities have opened 35 out of 52 doors of the Koshi Barrage to prevent the disaster.

The water flow was measured at 256,020 cusec on August 16. It is considered as dangerous when the water flow reaches 150,000 cusec. A red light warning sign has also been lit to alert the people.

The volume of the river is expected to increase as the tributaries of the river have been flooded owing to continuous rainfall. The flood measuring centre at Chatara has also shown the rising water level of the river.

The local administration has requested the locals to be on high alert considering the risk.

Meanwhile, the river has started eroding the  Sri Lanka Island due to incessant rainfall.

Chief District Officer of Sunsari, Umesh Kumar Dhakal, said that the river has eroded some parts of the Island. According to him, preparations are being made to rescue 20 families from Garaiya Island and relocate them to a safer place. 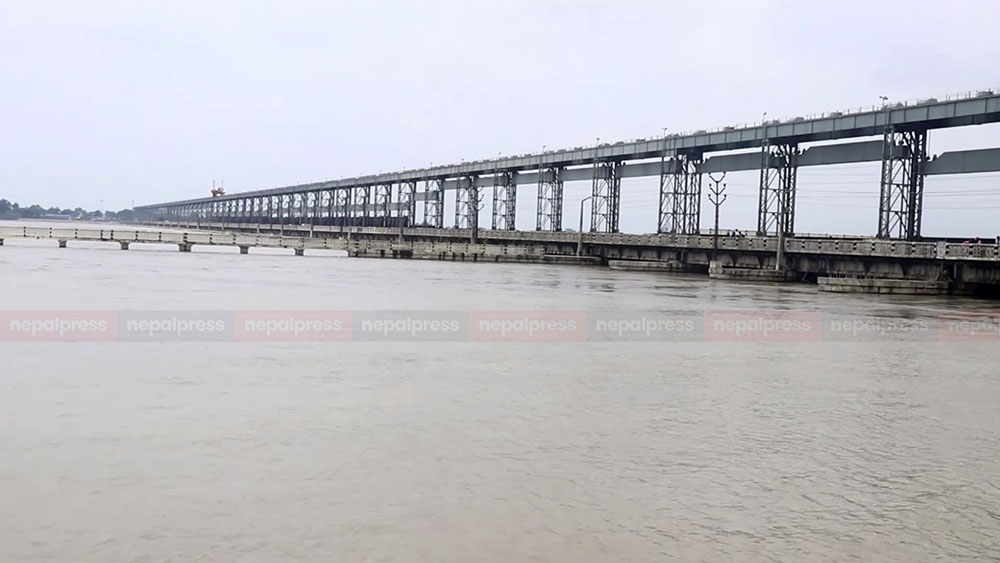 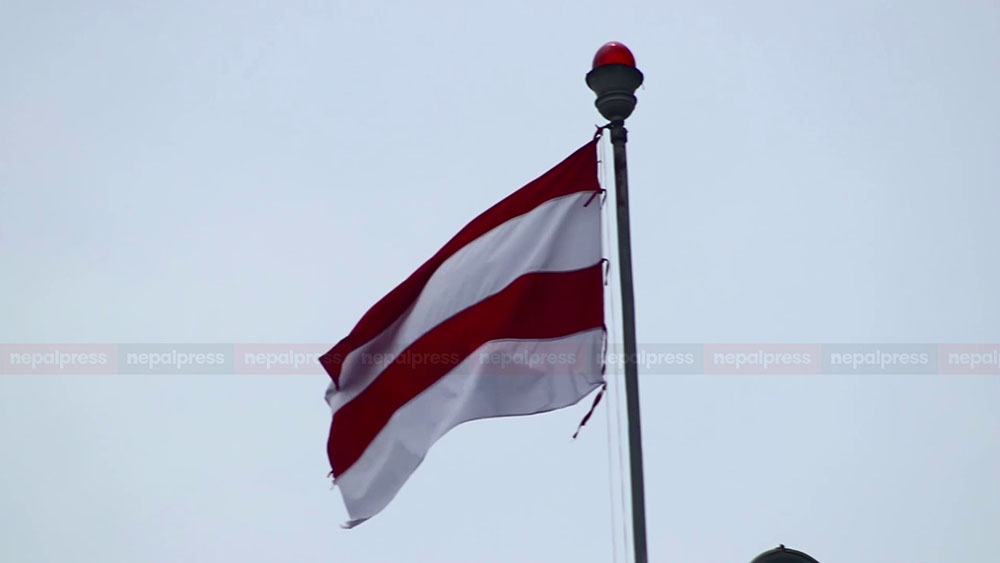 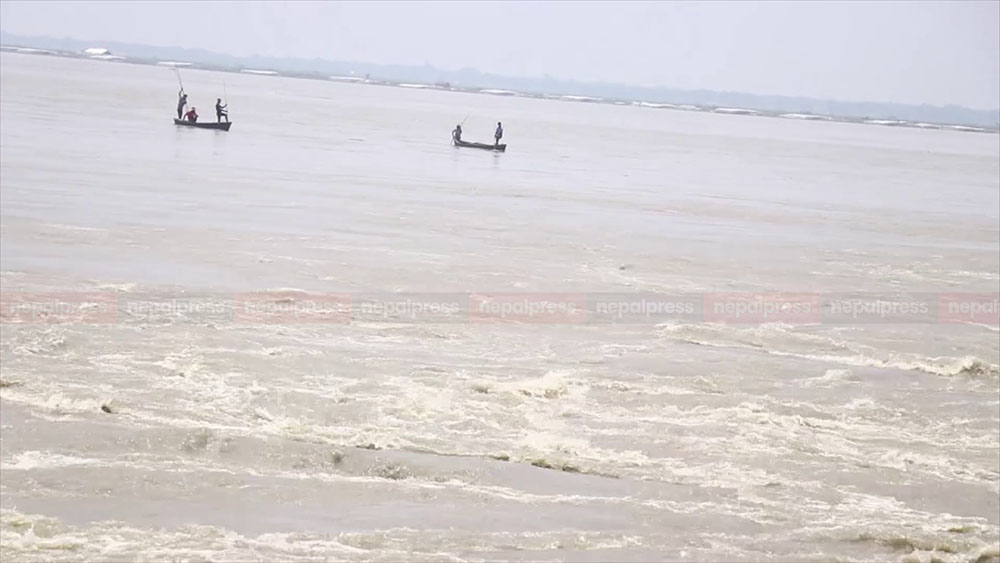