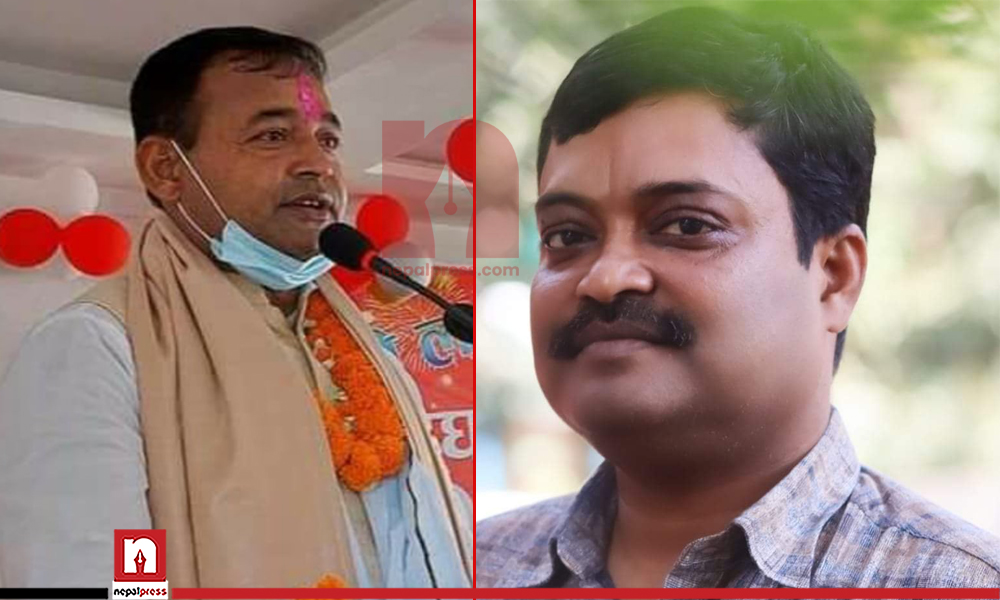 Janakpurdham: Chief Minister of Province 2 Lalbabu Raut on Sunday has changed the responsibilities of two ministers.

The Financial Affairs and Planning Minister Bijay Yadav of Province 2 has been given the responsibility of agriculture while Shailendra Shah, Minister of Land Management, Agriculture and Cooperatives has become the finance minister. They both are the leaders of the Janta Samajbadi Party (JSP).

Newly-appointed Finance Minister Shah said that the Chief Minister had changed his responsibilities at his discretion, calling it an internal matter of the party.