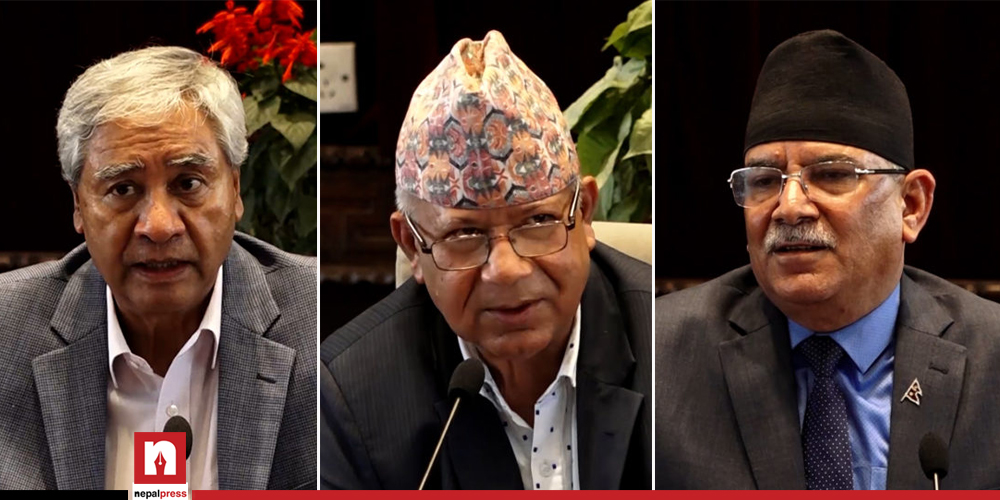 During the meeting that took place at the Prime Minister’s official residence in Baluwatar this morning, the three discussed contemporary political issues including the expansion of the Council of Ministers, according to the PM’s Secretariat.

NC President Deuba had become the Prime Minister on July 13 with the support of CPN (Maoist Centre), the then CPN-UML senior leader Nepal, Janata Samajbadi Party Nepal and the Rastriya Janamorcha.

Two ministers from the NC and two from the Maoist Centre had taken the oath of office and secrecy together with the Prime Minister.

Then, Umesh Shrestha was appointed the Minister of State for Health and Population. The portfolios of remaining ministers are being looked after by the Prime Minister himself.