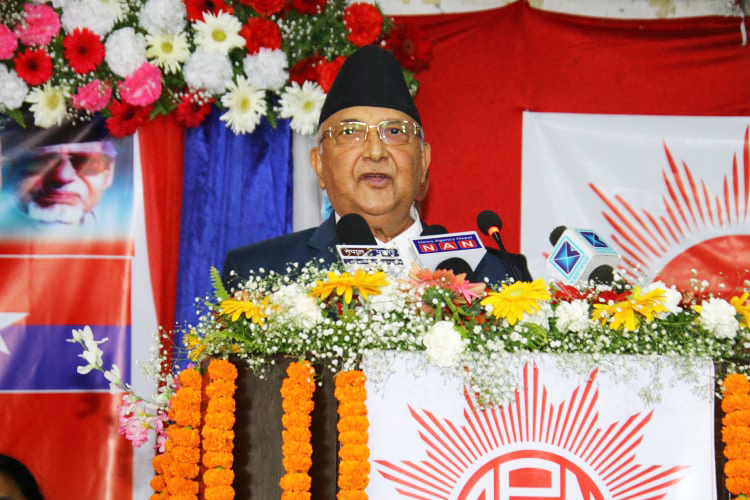 KATHMANDU: CPN (UML) chairman KP Sharma Oli said the formation of a new party led by Madhav Kumar Nepal will not inflict to his party anymore.

Addressing a programme organized by UML Municipal Committee at Mahalaxmi Municipality on Saturday, chair Oli compared leader Nepal’s new move as the fall of a leaf from a tree.

Oli however claimed that he had made utmost effort to convince the breakaway faction leaders who splintered the party but he failed.

Chairman Oli, also a former Prime Minister, further said they will respond to the defectors from the upcoming elections by garnering a majority.

He also claimed that the government led by him had worked a lot to bring drastic changes in the country in modernity, agro development, self-reliant economy, industrialization and digitalization.

Chair Oli claimed that these agendas would get further momentum in the future as well under the leadership of his party.