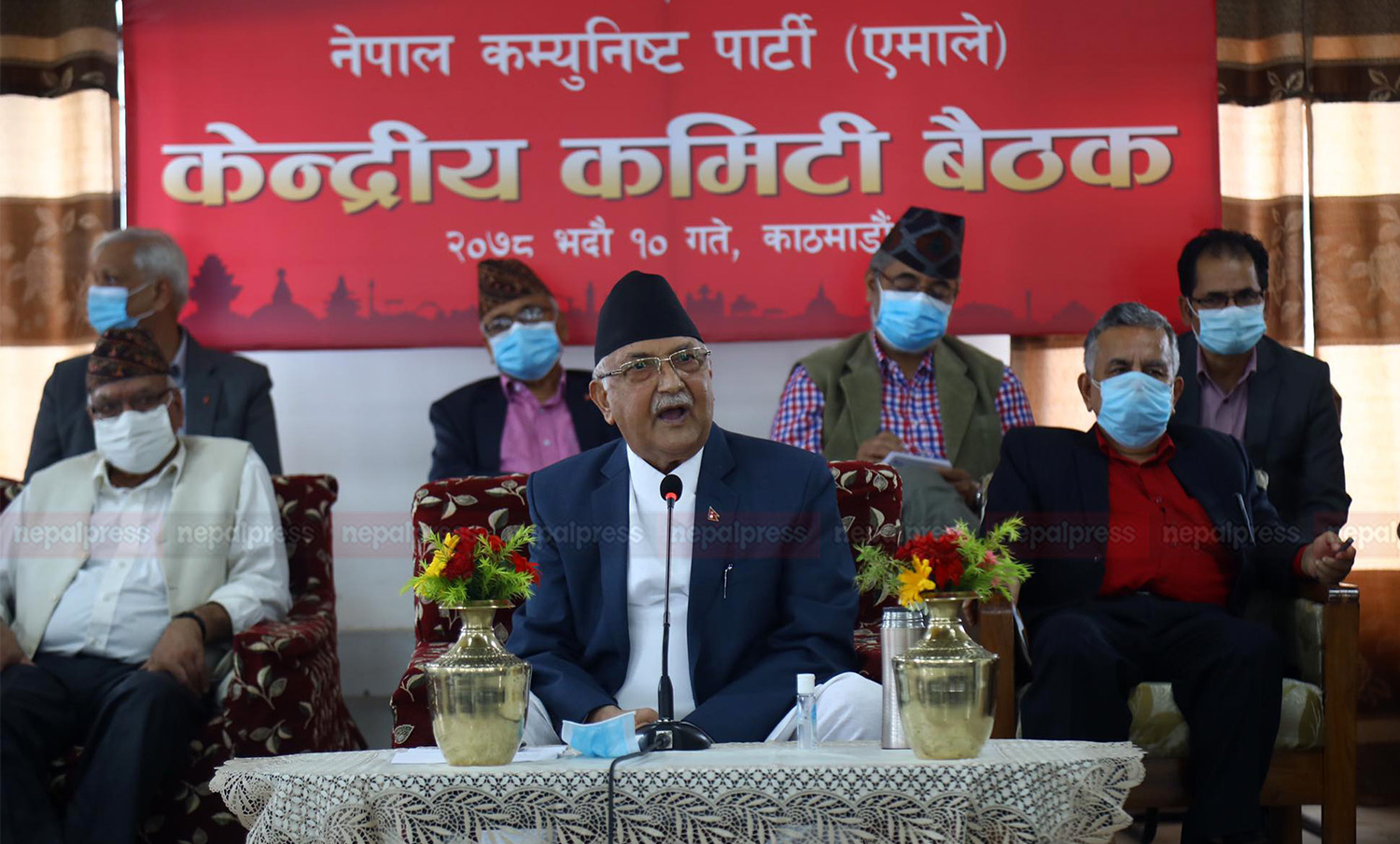 KATHMANDU: The main opposition CPN-UML has decided to move the court against the Election Commission for registering a new party by verifying the signatures of those persons who were taken action by the party for carrying out anti-party activities.

The meeting has further decided to remove the names of central members, involved in splitting the party, from the record of CPN-UML in the Election Commission.

Meanwhile, the meeting has decided to form a task force to implement a 10-point agreement in the sister organisations of the party.