More than 500,000 doses of AstraZeneca vaccines arrive in Nepal 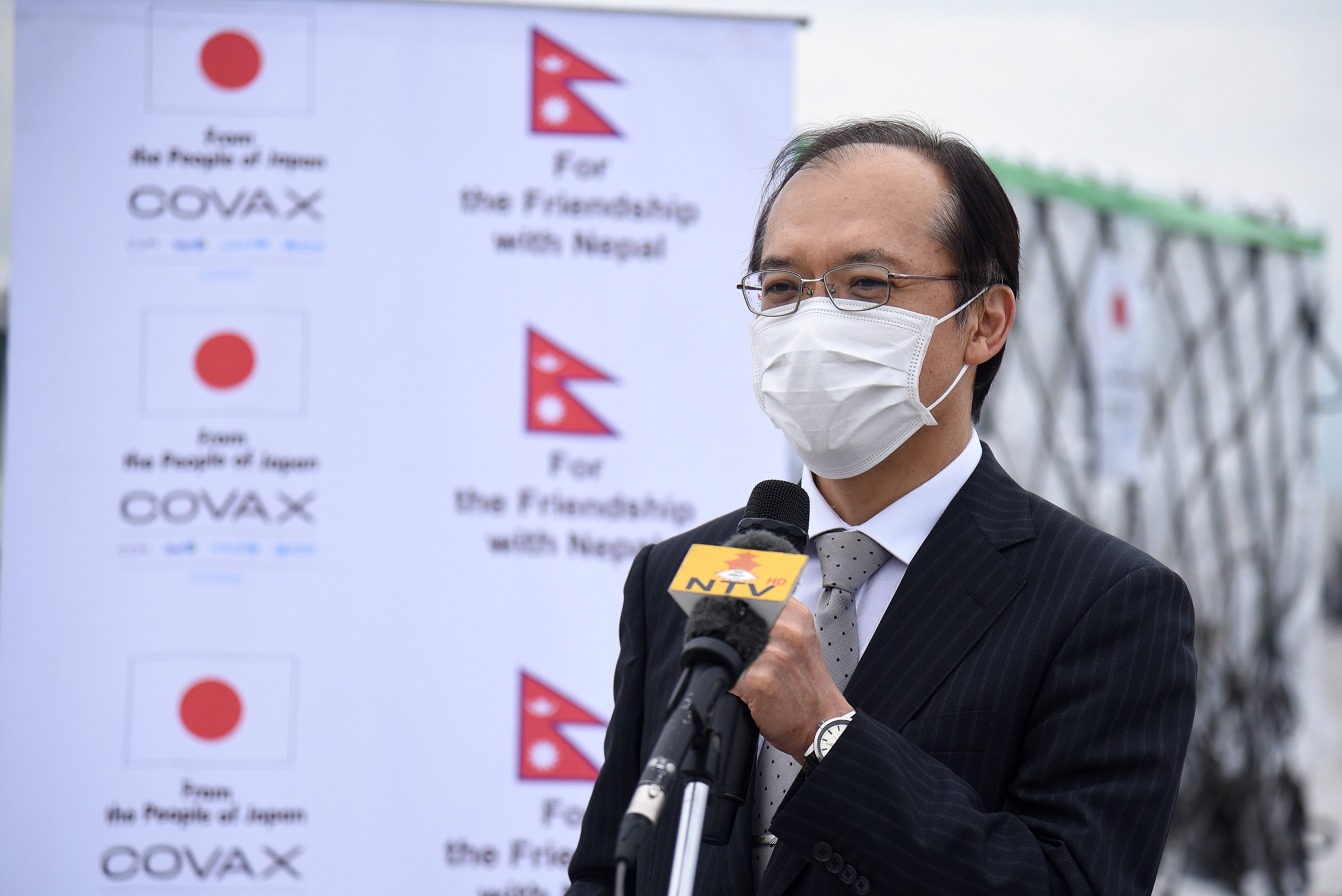 KATHMANDU: Over 500,000 doses of AstraZeneca vaccines have arrived in Nepal on Monday.

The government of Japan in July had announced that it would provide 1.6 million doses of AstraZeneca vaccines through COVAX facility.

Japanese government officials handed over the vaccines to the officials of Health Ministry at the Tribhuvan International Airport today.

According to Chief of Child Health and Immunisation Section, Department of Health Services Dr Jhalak Sharma Gautam, the vaccines will be provided to the elderly people of Province 1 and 2 who have already received their first dose of Covishield vaccines.