Flood sweeps away one house, leaving 45 others at high risk in Myagdi 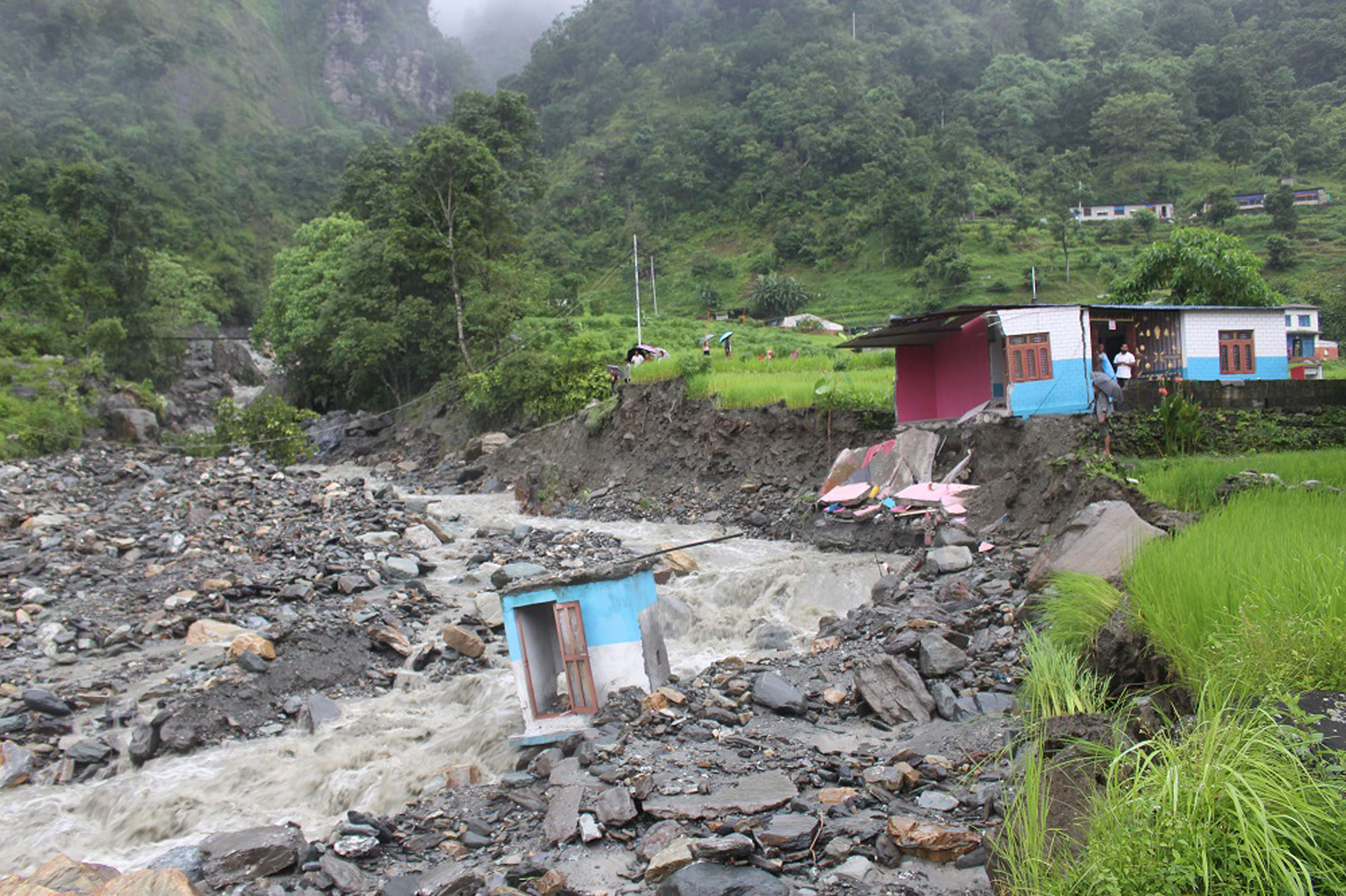 MYAGDI: The Dhudhe Khola swept away a house at Bhakimli of Beni Municipality-3 in Myagdi district on Monday.

The flood swept away the house of Dipa Pun this morning, local Gem Prasad Gharti said.

Altogether 45 households alongside the riverbank of Dudhe Khola are at risk of being swept away, Gharti added.

The flood and landslide triggered by monsoon rain also swept away the land at Chinakhet, Torakhet and Lareni as well as road and drinking water pipes.

The earthquake that occurred this morning has also put the locals at the receiving end of having to stay in an unsafe place. They are compelled to live under the open sky as the floods swept their houses, another local Om Bahadur Gharti Magar.

As the landslides have damaged the roads, people from various parts of the district have been facing transportation difficulties.

10:02 am auspicious time for Dashain tika

Advance ticket bookings for Dashain to open from September 27