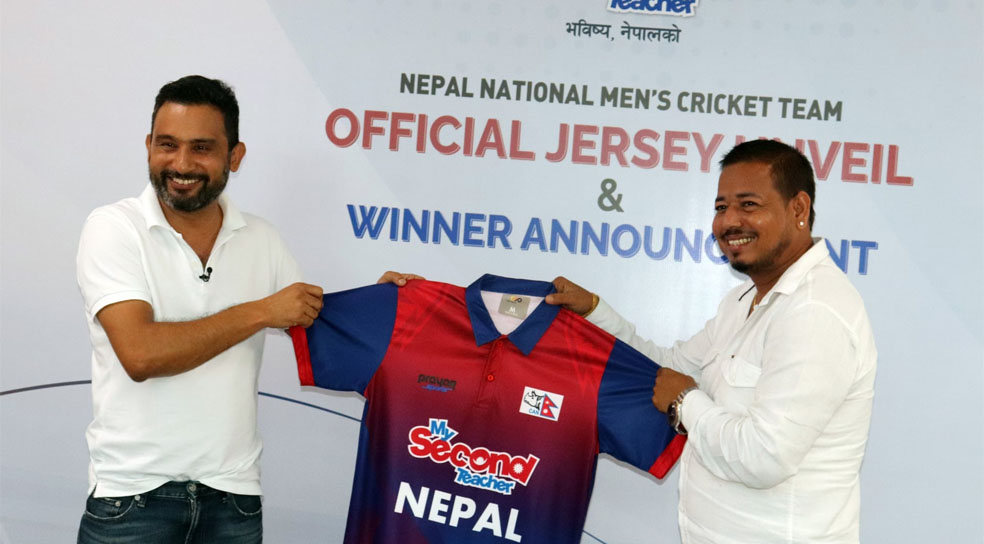 KATHMANDU: The Cricket Association of Nepal (CAN) officially made public the new Jersey of Nepal national cricket team on Monday.

The CAN and Nepal National Cricket Team’s official sponsor My Second Teacher (MST) on June 14 had jointly announced an open competition to design the national team jersey.

The CAN said that the jersey should be designed in accordance with International Cricket Council (ICC) rules for national teams.

According to CAN, amongst 500 samples of Jersey, Adarsha Pokhrel was declared the winner of the jersey design contest.