34 houses at landslide risk in Keurani 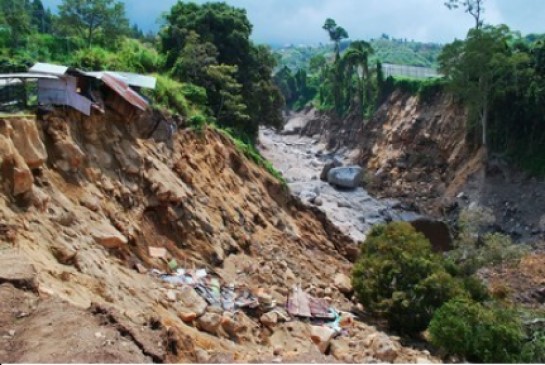 KATHMANDU: Thirty-four houses at Keurani, Melamchi Municipality-8, are at risk of landslide due to incessant rainfall. It is said 27 houses at Khaire and seven houses at Chhayali are in peril due to this.

The settlements at Khaire are endangered as landslides have started recurring at spots where it had taken place last year, said Kanchhaman Dong, a local. He added that the locals are in constant fear after the landslide started taking place.

He complained that the local ward engineers did not pay attention although they were informed of this risk again and again.

Municipality’s Ward No 8 chairperson Thakraj Giri called for making arrangements for temporary shelters to the locals whose houses are at risk. He said the District Disaster Management Committee as well as the experts have been informed of this risk and urged to assess the risk, but it has not yet been done.

He called on the District Disaster Management Committee to invite a team of geologists to carry out an assessment of the settlement.