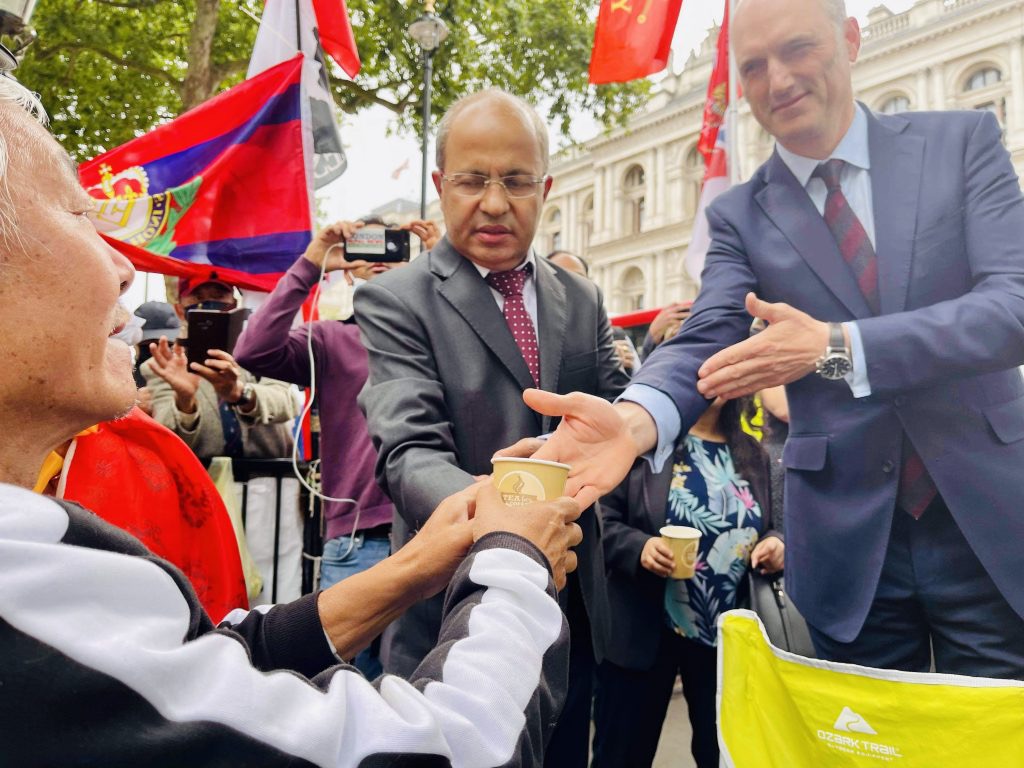 KATHMANDU: Retired Gurkha soldiers, who have been staging a hunger strike outside Downing Street, where the office of the British prime minister is situated, in London for the past 13 days demanding pensions and other benefits equal to British soldiers, ended their hunger strike on Thursday.

Gyan Raj Rai, Pushpa Ghale and Dhan Gurung  ended their hunger strike after the UK government expressed its commitment to hold talks with the Nepal government pertaining to the demands put forth by them within a month.

They broke the hunger strike by drinking juice offered by Nepal’s Ambassador to the UK Lok Darshan Regmi and Defence Minister of UK government Leo Docherty among others.