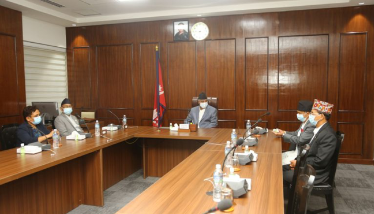 KATHMANDU: The government has declared a public holiday on Krishna Janmashtami, an important festival that falls on the eighth day (Ashtami) of Krishna Pakshya in the month of Bhadra.

A Cabinet meeting held on Thursday decided to give a public holiday on August 30 to celebrate the Krishna Janmashtami,  government spokesperson and Minister for Law, Justice and Parliamentary Affairs Gyanendra Bahadur Karki said.

On this day, Hindus celebrate the birth of Lord Krishna, who is considered as the eighth avatar of Lord Vishnu.