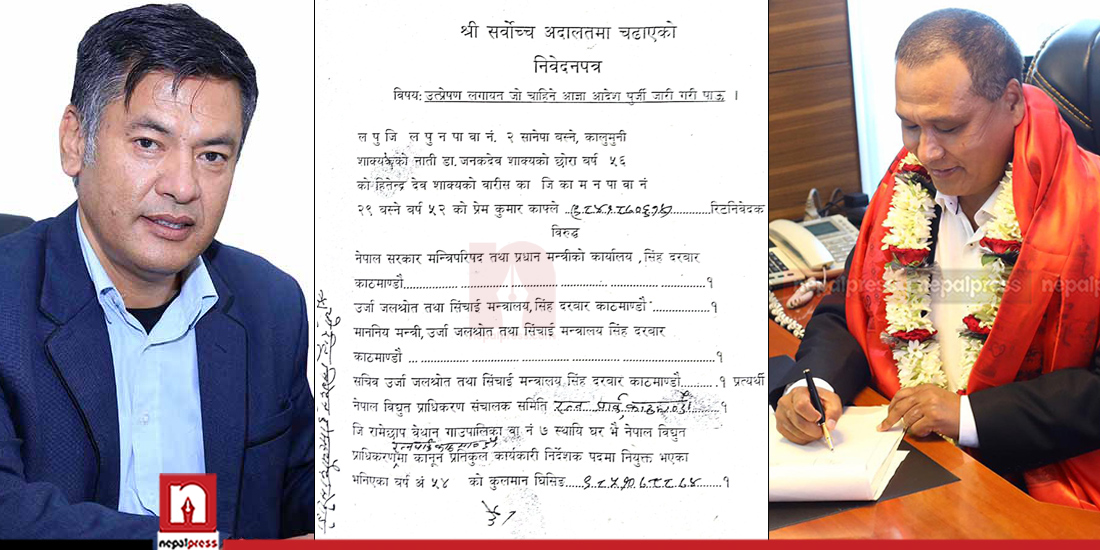 Shakya had demanded an interim order for his reinstatement by revoking the appointment of Kulman Ghising, filing a writ petition on Monday.

Hitendra Dev Shakya, who was made the full-term member with the special rank and TOR at the Water and Energy Commission while he was the executive director of NEA, had filed a writ petition claiming that the appointment of Kulman Ghising was illegal.

In his writ petition filed in the Supreme Court on Monday, Shakya said that he can not be transferred out of the Nepal Electricity Authority (NEA) without his consent.

Shakya has alleged the government of illegally appointing Ghising and keeping two people in the same post even though he did not resign and was not removed from his post.

He has stated that his term of office should last till February 10, 2025, except in the case where he has resigned from his post with an agreement or has been removed in the middle after completing the process.

Shakya has sought an interim order in his favour.