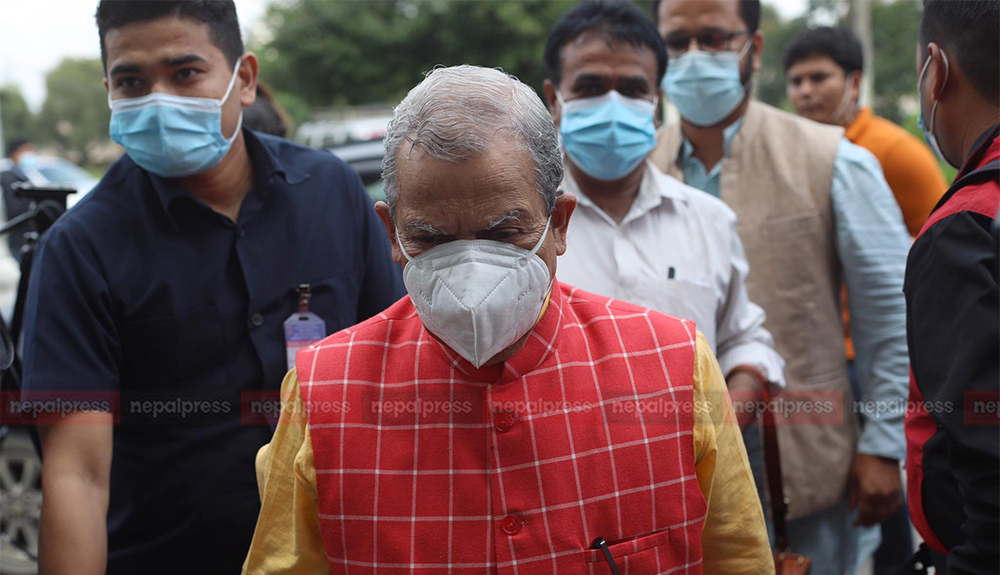 KATHMANDU: The Mahantha Thakur-Rajendra Mahato faction has applied for the registration of a new party on Wednesday. The faction will register the party name under Janata Samajbadi Party-Nepal ( Loktantrik).

Hence, the faction has formed a 24-member executive committee under the chairmanship of Thakur.

The faction started the process to file the new party after President Bidya Devi Bhandari issued an ordinance to amend the Article 2071 related to the political parties on the recommendation of the government as per Article 114 (1) of the Constitution lowering the threshold for splitting the political parties.

Resham Chaydhary, who is doing time in the central for Tikapur carnage, is also in the name list.

Chaudhary had stayed neutral during a head count carried out by the Election Commission. The poll body carried out the headcount to know the strength of both of the factions of the Janata Samajbadi Party-Nepal.

Out of 32 members of the House of Representatives, 13 have joined the Thakur faction. One National Assembly member also joined the new party.