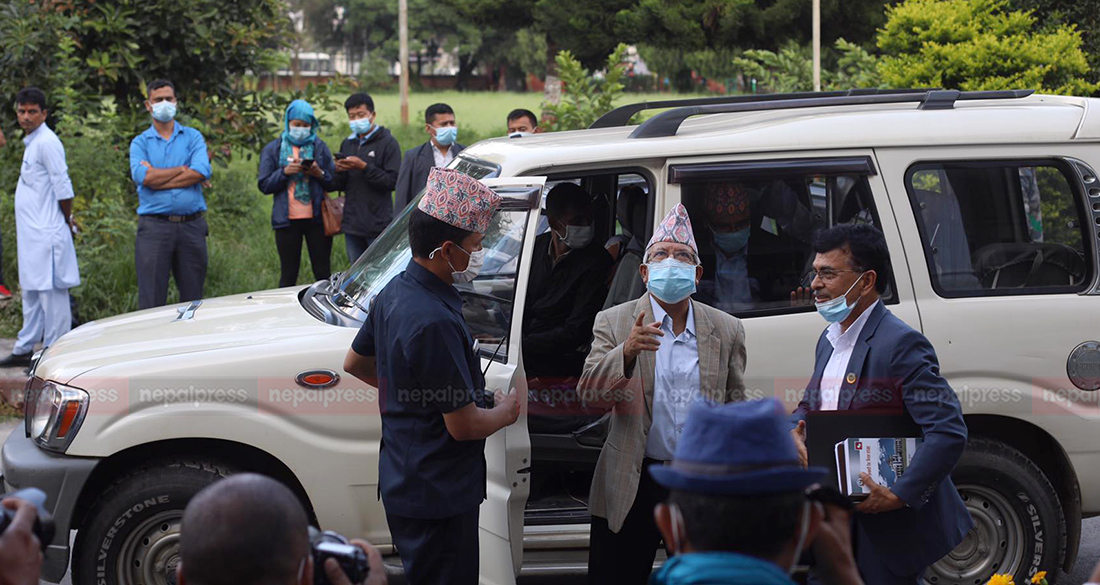 KATHMANDU: Months long dispute with the CPN- UML has come to an end after  Leader Madhav Kumar Nepal among others on Wednesday filed an application at the Election Commission to register a new party.

They reached the premises of EC to register a new party soon after President Bidya Devi Bhandari issued an ordinance to amend the Article 2071 related to the political parties on the recommendation of the government as per Article 114 (1) of the Constitution lowering threshold for splitting political parties.

The leaders have decided to register the party under the name CPN-UML Socialist.

Madhav Kumar Nepal will be the Chairman of the party which will have 95 central members, leader Rajendra Pandey said.

As many as 58 central members of the UML have joined the new party.

Leader Pandey said they will hold a National Assembly once they got the certificate of party registration.