CPN-MC’s interim constitution seems to be continuation of NCP 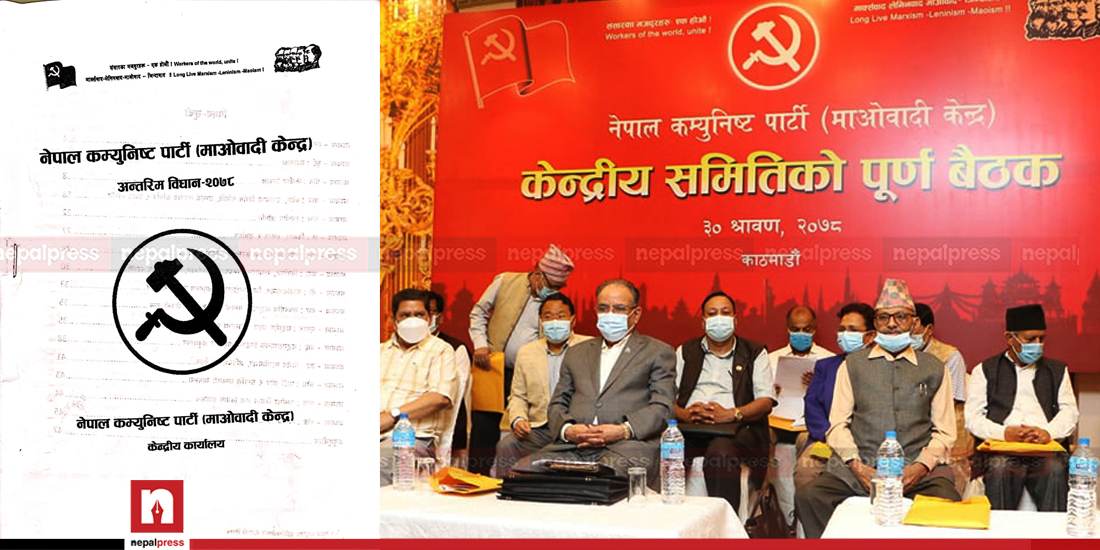 KATHMANDU: The CPN-Maoist Centre for the first time has drafted its constitution in a systemic manner.

The Maoist Centre will move to a new system after the passage of 52-page interim statute 2021 presented by party Chairman Pushpa Kamal Dahal at the Central Committee meeting.

The proposed constitution of the Maoist Centre seems to be the continuation of the dissolved Nepal Communist Party (NCP).

Though most of the provisions are like that of CPN-UML and NCP, the party has tried to practice the provision of alternate members removed by the UML in the proposed draft of the statute.

Apart from that, other organisational structures are the continuation of NCP.

The party has introduced a new provision that the Central Committee will have 299 members and 35 percent women representation among others.

The lowest level party cell will have 11 members.