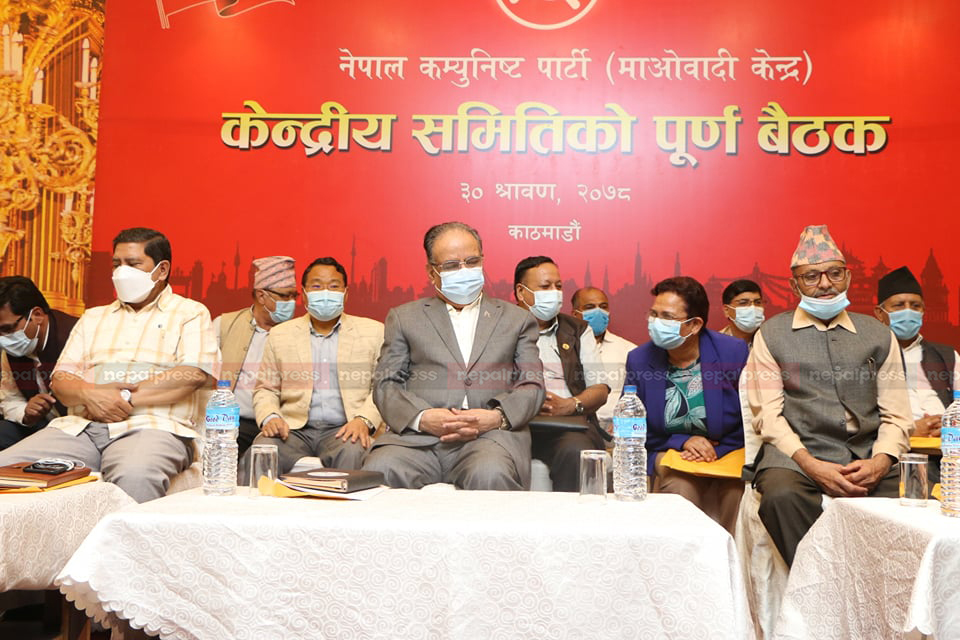 During the Central Committee meeting held in Kathmandu, eight team leaders, after holding a discussion on the political and organisational proposal, suggested the party to take this policy ahead.

Similarly, the leaders also suggested that the party should tell in a simple language which can be understood by the people  that it is against the MCC, central member Yubaraj Dulal said.

The leaders ako urged the party to form a mechanism to run the government.

The party is holding a Standing Committee meeting to discuss the issues.