Dahal proposes to continue alliance against Oli till elections 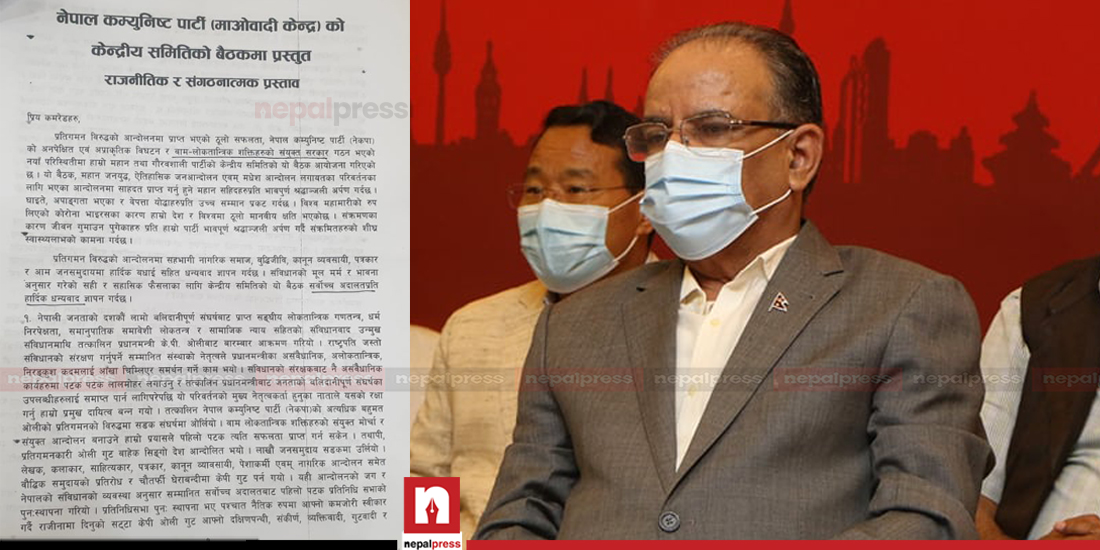 KATHMANDU: CPN-Maoist Centre has floated a proposal to continue alliance against the main opposition CPN-UML Chairman KP Sharma Oli till all three level of polls.

During the Central Committee meeting held in Capital on Saturday, a political and organisational report tabled by party Chair Pushpa Kamal Dahal stated that the alliance, which was formed for the democratic system, constitution, stability and good governance, will continue till the elections.

Dahal also put forth plannings to make CPN-Maoist Centre the strongest party in the local, provincial and federal elections.

Saying that though the alliance between UML and Maoist Centre was appropriate, Nepal Communist Party was dissolved due to  arrogance and pride of Oli.