Motorbike thefts on the rise in Kathmandu Valley 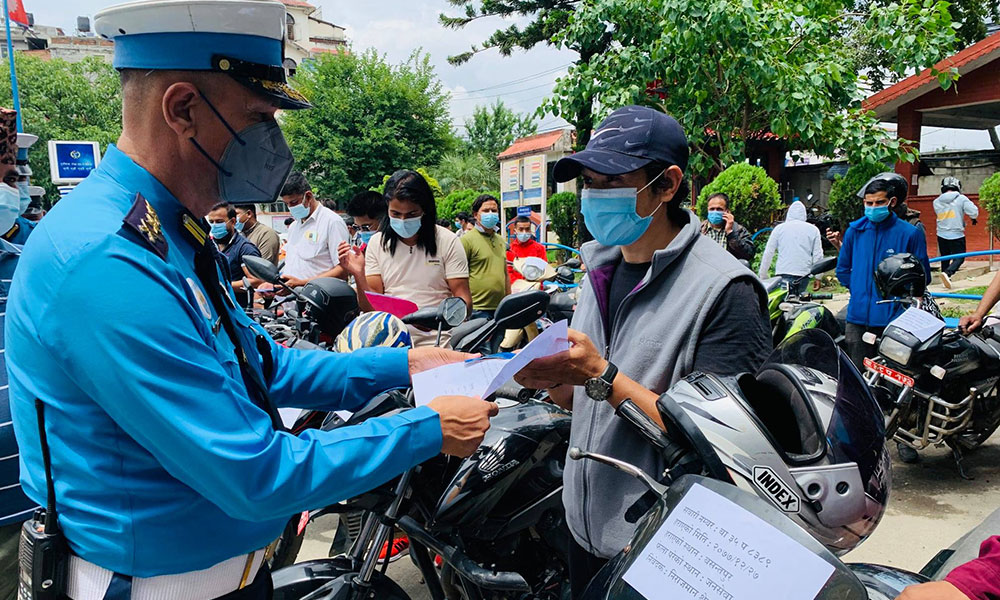 KATHMANDU: Mukti Prasad Paudel, a permanent resident of Andhikhola Rural Municipality-5, Syangja, lives in Nagaun, Kirtipur Municipality-9. He used to park his Pulsar motorbike (Ba 94 Pa 7164) in the courtyard of his house.

On Sunday morning, he didn’t see his motorbike in the courtyard. He went here and there to search the motorbike but in vain. Later, it was confirmed that his bike was stolen on Saturday night.

Following the incident, he filed a complaint at the Metropolitan Traffic Police Division by giving details of the motorbike.

The deployed police team arrested two persons riding a bike by changing the registration number plate and without a key from Palanse, Suryabinayaj Municipality-9, Bhaktapur.

His motorbike (Province 3-02-002 Pa 4803) was stolen from his house on July 28. Later, Tamang, a permanent resident of Naukunda Rural Municipality-6, Rasuwa, filed a complaint at the Metropolitan Police traffic Division. 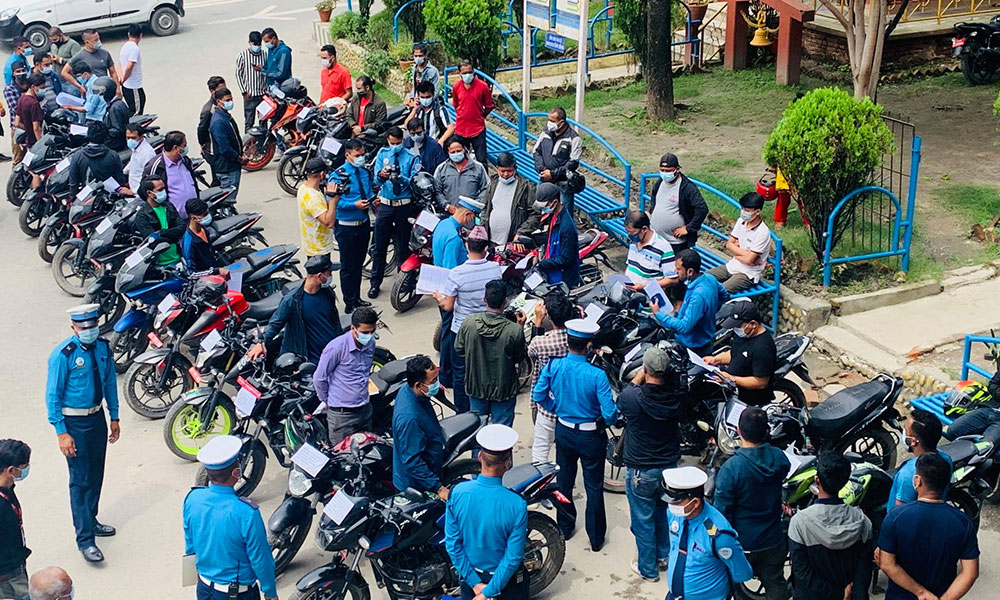 The Division deputed a police team in civvies to nab the persons involved in stealing the bike. The team detained two persons in a span of one week. Police identified the detainees as Sanjay Tamang (24) of Suryagadi Rural Municipality-4 and currently residing at Banasthali, Kathmandu and Buddhi Bahadur Tamang (32) of Tadi Rural Municipality-6 of the same district and currently living at Tarkeshwor-6, Kathmandu.

Both the detainees along with the bike has been handed over to the Metropolitan Police Circle, Maharajgunj.

Likewise, the bike of Basudev Khadka of Saraswatikhel, Bhaktapur was stolen from outside his house in 2019. Khadka immediately filed a complaint at the Metropolitan Police Traffic Police Division.

Police identified the arrestees as Dipendra Bhujel (19) of Ramechhap and currently residing in Bhaktapur and Bishesh Limbu (19) of Taplejung.

The aforementioned three instances are just a case in point.

Senior Superintendent of Police (SSP) Janak Bhattarai, who is also the Chief of the Metropolitan Traffic Police, said that plainclothes police personnel have been mobilized in various places of the Kathmandu Valley to minimise the thefts.

“A special operation is being carried out to arrest the people involved in the motorcycle theft,” he said.

According to the Metropolitan Traffic Police Division, 8,704 motorcycles were stolen from the fiscal year 2013/14 to the last fiscal year 2020/21 AD.

Bhattarai said that 1,611 motorcycles were stolen in the fiscal year 2018/19 which was the highest in the eight years of time.

Meanwhile, police said that they have recovered 2,114 motorbikes so far which were stolen in a span of eight years. 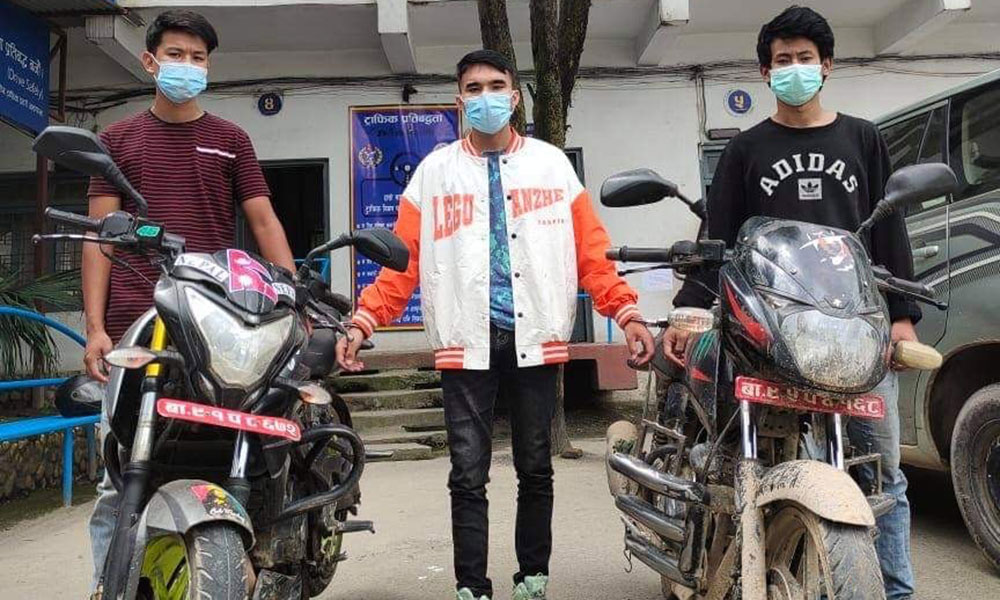 At least 128 cases of motorbike thefts were reported at the Metropolitan Traffic Police Division in December last year. Of them, police recovered 99 stolen motorbikes and handed over to the owners.

Similarly, out of 176 motorbikes, which were stolen in September, police found 70 bikes, 78 motorbikes were found in October, 80 in November and 99 in December.

Likewise, 77 stolen motorbikes were found in January this year, 68 in February, 84 in March, 62 in April, 10 in May and 40 in June. All the recovered motorbikes have already been handed over to the owners.

Talking to Nepal Press, SP Sanjeeb Sharma said that police have recovered many motorbikes stolen in a span of one month in the current fiscal year.

He said that six motorbikes were recovered last week. He claimed that the cases of motorbike thefts have been decreased in the recent time but the process to handover the recovered motorbikes have increased.