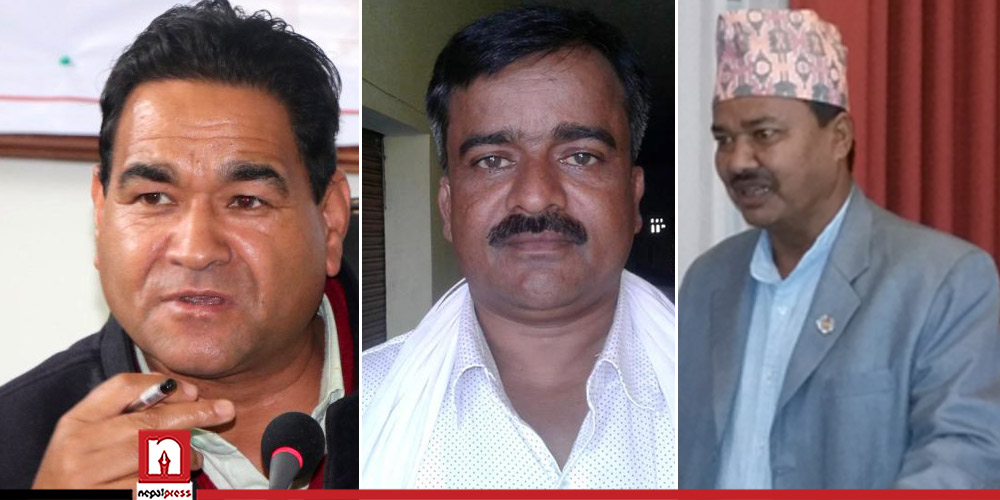 Province Chief Amik Sherchan appointed KC as the Chief Minister of the Province with the support of four-party alliance.

Nepali Congress Parliamentary Party leader Birendra Kanodiya had submitted the signatures of 42 lawmakers to Province Chief Sherchan to appoint KC as the Chief Minister of the Lumbini Province.

The Province Chief on Wednesday had appealed the parties to form a new government in the Lumbini Province after Chief Minister Shankar Pokharel put in his papers.

The alliance has 42 lawmakers with Nepali Congress 19, CPN-Maoist Centre 18, Janata Samajbadi Party-Nepal 3, Janamorcha 1 and independent 1 while CPN-UML has 37 lawmakers.

Meanwhile, Ajay Shahi, who was elected as a lawmaker from the Hridayesh Triphati group, had also joined the alliance.

The allaince has decided to form a five-member Cabinet today itself. KC will take the oath of office and secrecy today.

Dilli Chaudhary from Nepali Congress and Sahashram Yadav from Janata Samajbadi Party-Nepal will be the ministers.