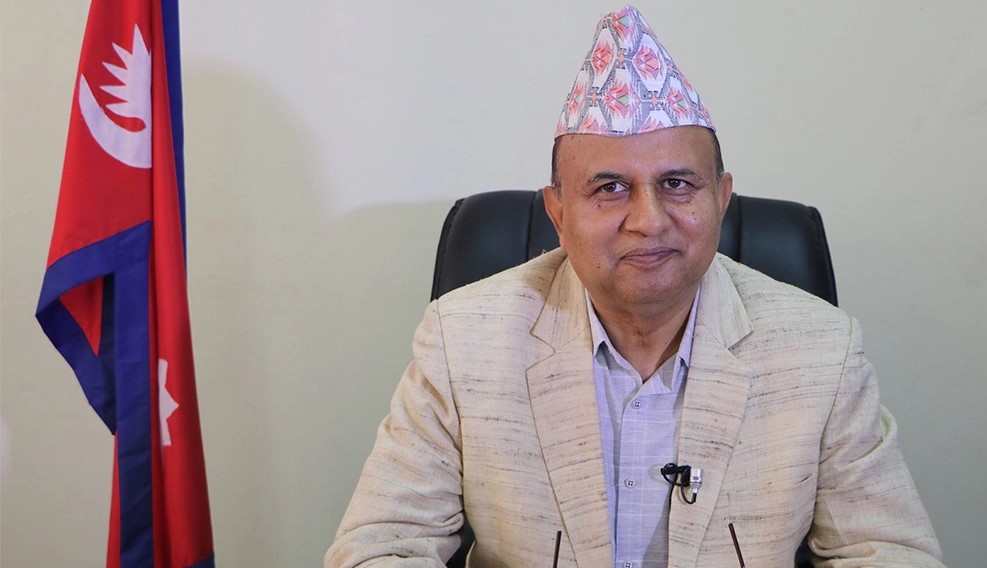 RUPANDEHI: Lumbini Province Chief Minister Shankar Pokharel is preparing to resign from his post prior to the Provincial Assembly meeting on Wednesday.

According to a source, Chief Minister Pokharel is planning to step down from his post after his government fell into minority in the Province Assembly.

The source said that he will resign after the Parliamentary Party meeting of the party to be held this afternoon in Lumbini.

Chief Minister Pokharel, who is also a senior leader of the main opposition CPN-UML, got into more trouble after lawmaker Sanotsh Kumar Pandey of Janata Samajbadi Party-Nepal, who had participated in the Pokharel-led government, tendered his resignation on Tuesday night.

UML leader Pokharel was appointed as the Chief Minister of then Province 5 on February 15, 2018.

The then Province Chief Umakanta Jha appointed UML Parliamentary Party leader Pokharel as the Chief Minister as per Article 168 (2) of the Constitution with the support of CPN-UML and CPN-Maoist Centre.

Though the then Province Chief Dharmanath Yadav reappointed him with the support of 41 UML lawmakers, he had fallen into minority after three lawmakers of the CPN-UML abandoned the party.

Amar Dangi of Dang and Dirgha Narayan Pandey of Kapilvastu resigned from the past of lawmakers and also from the party whereas Bimala Oli, who was elected as a lawmaker from byelection, abandoned the party and joined CPN-Maoist Centre.

Meanwhile, CPN-Maoist Centre Parliamentary Party leader Kul Prasad KC will be appointed as the Chief Minister if everything goes as planned.

Out of 80 lawmakers in the Province Assembly, CM Pokharel has to garner 41 seats to secure a majority while the opposition has 41 lawmakers with Nepali Congress 19, CPN-Maoist Centre 18, Janata Samjbadi-Nepal 3 and Janamorcha 1.

The opposition alliance has already proposed the name of CPN-Maoist Centre Parliamentary Party leader Kul Prasad KC for the post of Chief Minister in Lumbini Province.

Earlier, he had served as the Minister for Law and Internal Affairs in the government of then Nepal Communist Party.

Who is Kul Prasad KC?

Kul Prasad KC is the Parliamentary Party leader of CPN-Maoist-centre. He was elected to the Provincial Assembly of Lumbini Province from Rolpa 1(A).

KC had worked as the Minister for Internal Affairs and Law for more than three years in the Shankar Pokharel-led government.

KC on April 19 stepped down from the Pokhrel-led government after the CPN-Maoist-center withdrew its support extended to the government and signed the no-confidence motion filed against field against Pokharel.

A permanent resident of Liwang, Rolpa-6, KC started his political carrier from CPN (Mashal) in 1989.