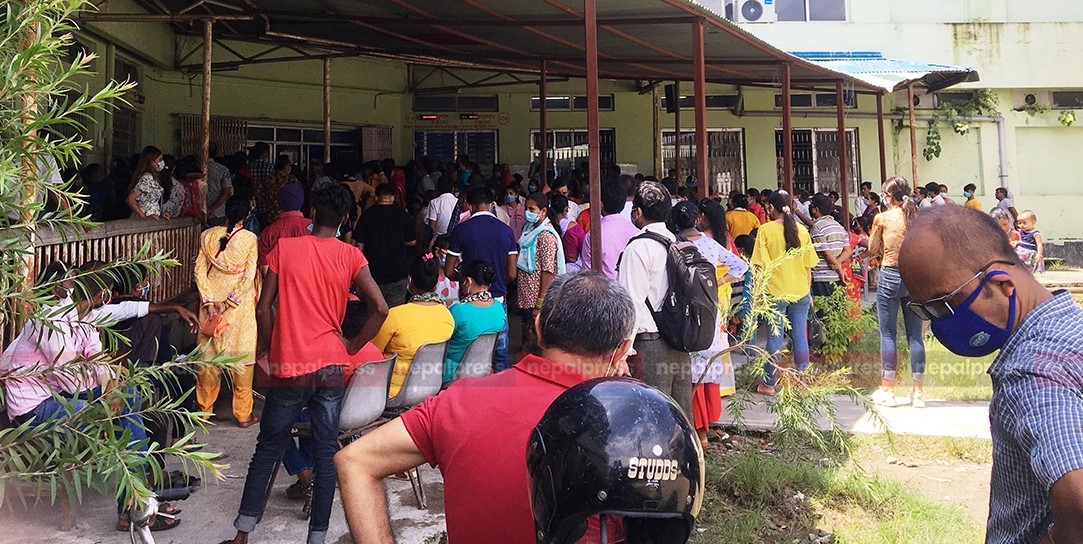 BIRATNAGAR: Rana Maya Karki of Ranjani, Morang Rangeli Municipality got a problem in her legs. She also took medicines from a local clinic but to no avail. She then plans to go to a hospital for further treatment.

The local clinic referred her to the Koshi Zonal Hospital as she had participated in the health insurance programme.

“I don’t want to stay here for a second,” she said after seeing the crowd at the hospital. “I am standing in the line for the past three hours, I don’t know when I will get my turn to see the doctor,” she added.

Hiranya Karki came to the Hospital for the treatment of his mother. Karki lamented that he has not been able to get his mother tested on time due to a large number of people visiting the hospital. 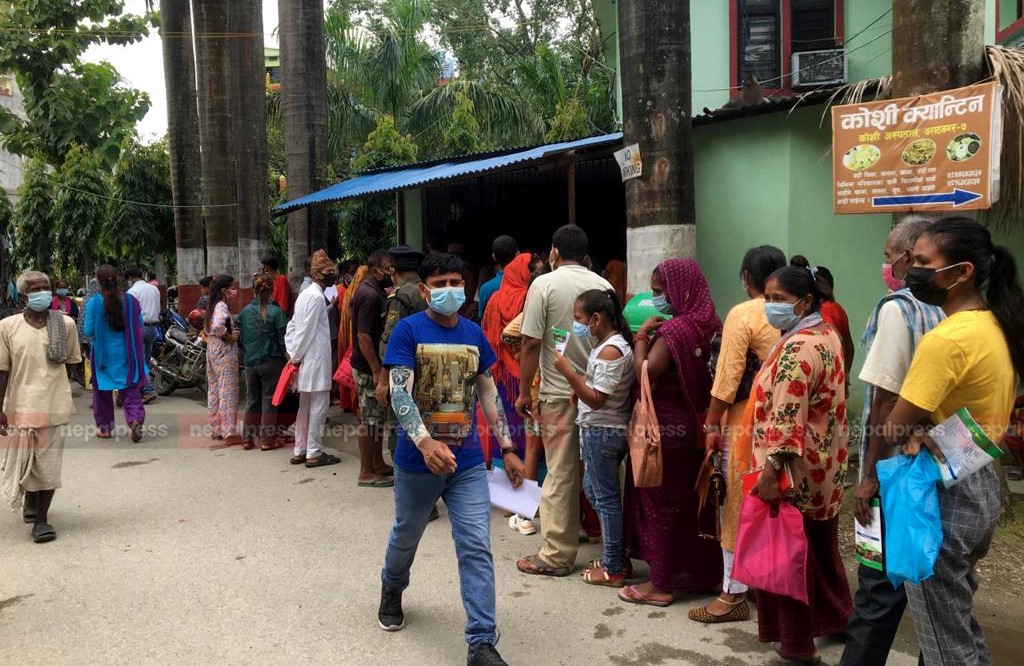 It has been learnt that the number of patients at the Koshi Hospital has increased after the government gave priority to the health insurance programme.

Earlier, the private hospitals in Biratnagar used to call the patients who had health insurance by publishing advertisements and used to take the insurance money from the government after conducting various kinds of tests on normal patients.

With the tightening of health insurance program, the hospital has increased the consultation fee of the doctors from Rs 5000-600 to Rs 1,000. 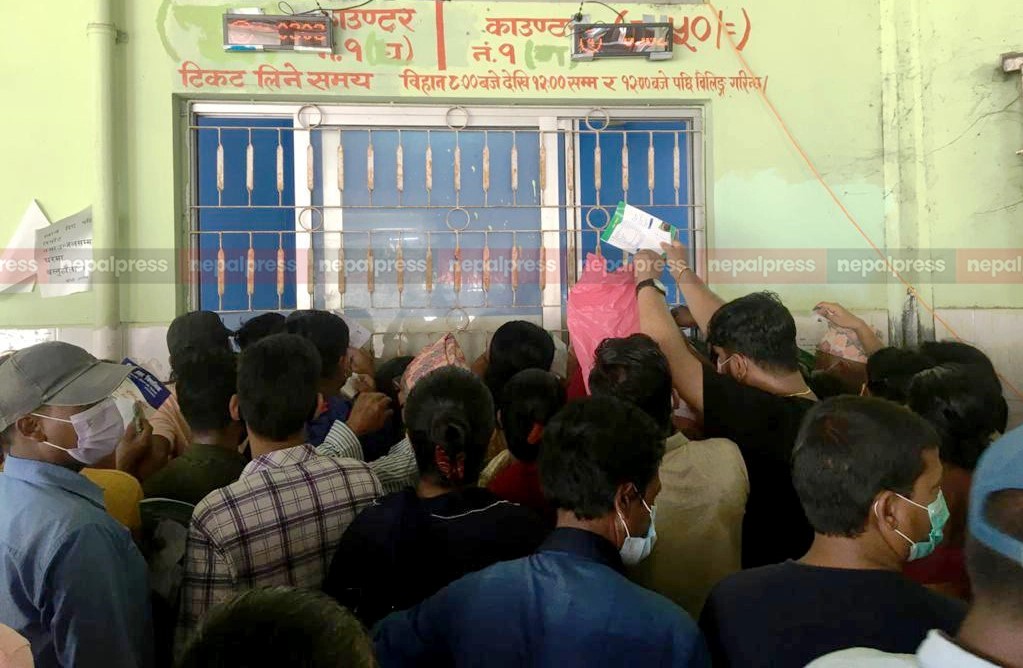 Among the number of patients’ visiting the hospital, the hospital administration said that almost all are the recipients of health insurance.

Though separate counters have been set up for senior citizens, differently abled people and men and women, the hospital administration has been witnessing probelms to manage the crowd.

With the increased of patients, the hospital administration has introduced a quota system to conduct video x-ray and ultrasound among others.

The patients have been expressing their grievences that the hospital administration has not been doing anything to resolve the problems.

As many as 200-250 patients visit the hospital to take the service of ultrasound, CT Scan and x-ray among others everyday. 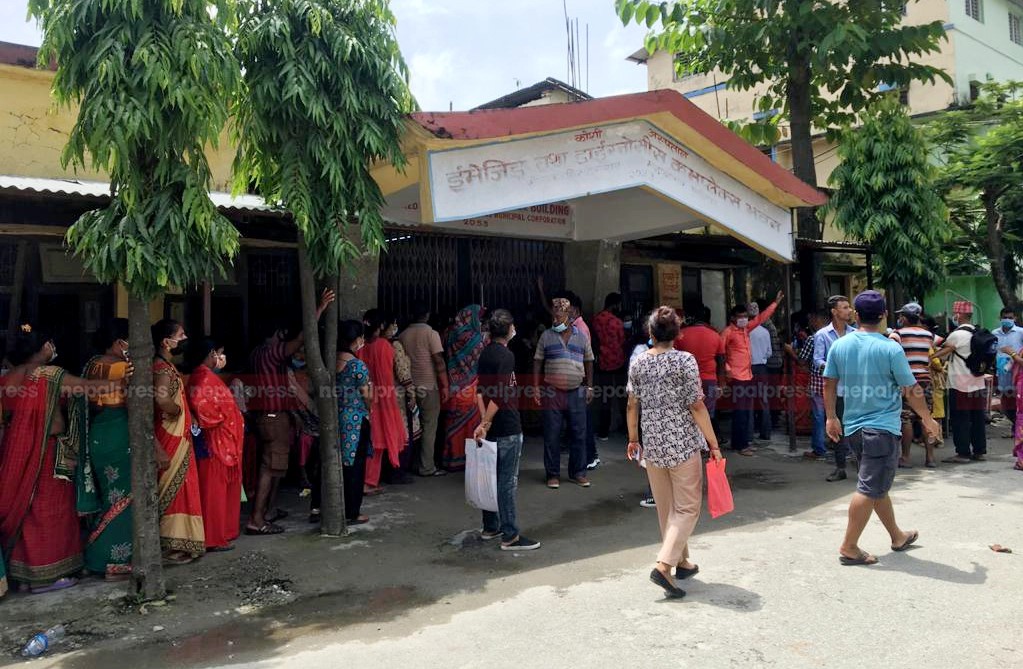 There are two doctors in the Radiology Department. But, it has been lying vacant for the past five years. The services at the hospital have been effected due to the resignation of three radiologists including two appointed by the Hospital Development Committee.

At present, there is only one doctor appointed on a scholarship contract.

Dr Om Biju Pant and Dr Puskar Dev had been working as the radiologists at the Hospital. However, the hospital administration took departmental action aginst Dr Panta while Dr Dev resigned on Sunday.

Dr Laxmi Narayan Yadav said that the hospital has been witnessing the problem due to the lack manpower.