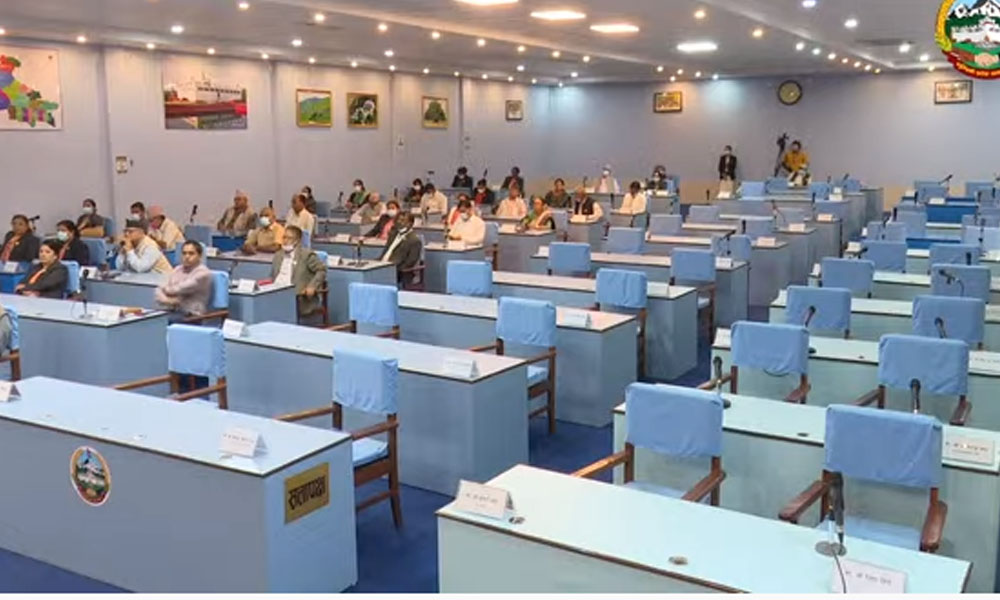 KATHMANDU: The main opposition CPN-UML has boycotted a special session of the Lumbini Province Assembly.

Province Chief Amik Sherchan had called the special session to discuss a no-confidence motion filed against Chief Minister Shankar Pokharel. Pokharel had resigned from his post an hour before the commencement of special session after his government fell into minority.

The opposition alliance of Lumbini Province had filed the no- confidence motion against the government on August 3.

The ruling party lawmakers did not show up at the meeting arguing that the Province Chief had given importance to the no-confidence motion filed against the Constitution.

Though there is a provision that there should be at least one lawmaker to operate the assembly, but, Speaker Purna Bahadur Gharti has taken the proceedings forward.