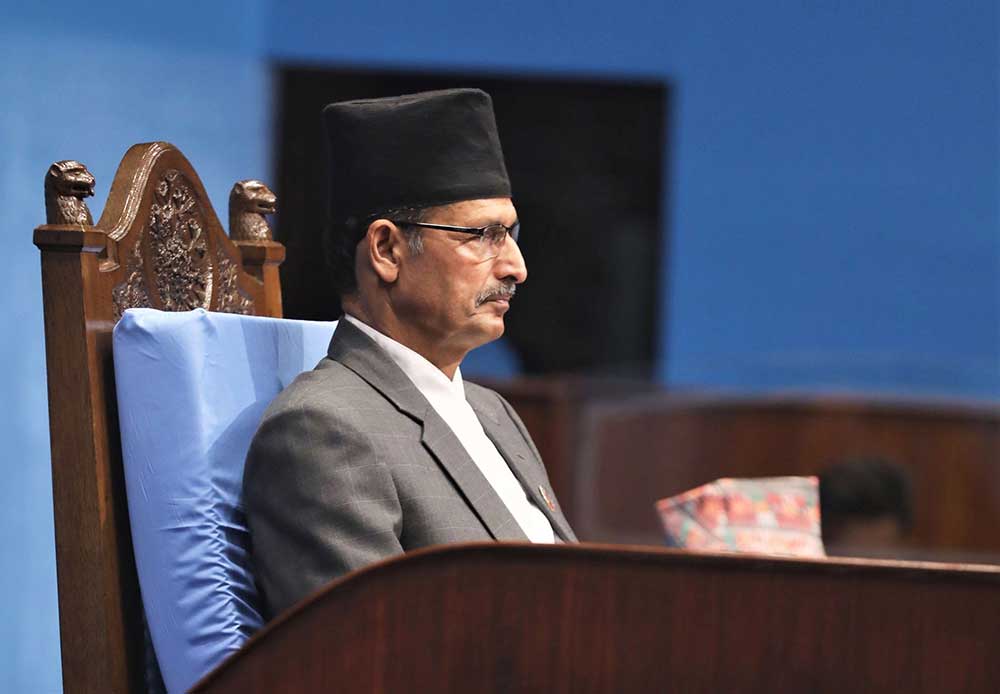 KATHMANDU: Speaker Agni Prasad Sapkota on Tuesday issued a ruling directing the government to provide  information about the whereabouts of Jaya Singh Dhami, who went missing in the Mahakali River after a member of Sashastra Seema Bal (SSB) of India allegedly dismantled an improvised cable crossing locally known as ‘tuin’.

Saying that the incident has also drawn his attention, Sapkota said that he issued the ruling to inform the House of Representatives about the issue.

“I urge the government to find out the truth behind the incident at the earliest and appraise the meeting of House of Representatives of the facts,” he said.

Dhami of Darchula went missing after one of the members of SSB allegedly snapped the rope of an improvised cable crossing while he was trying to cross the Mahakali River on July 30.

Earlier on August 3, the main opposition CPN-UML had also drawn the attention of the government over the Darchula incident.

Following the incident, the government had sent a team of Nepal Police, Armed Police Force and representatives of District Administration Office among others to the incident site for investigation.