10 years on, bridge construction over Kandra River in Kailali in limbo 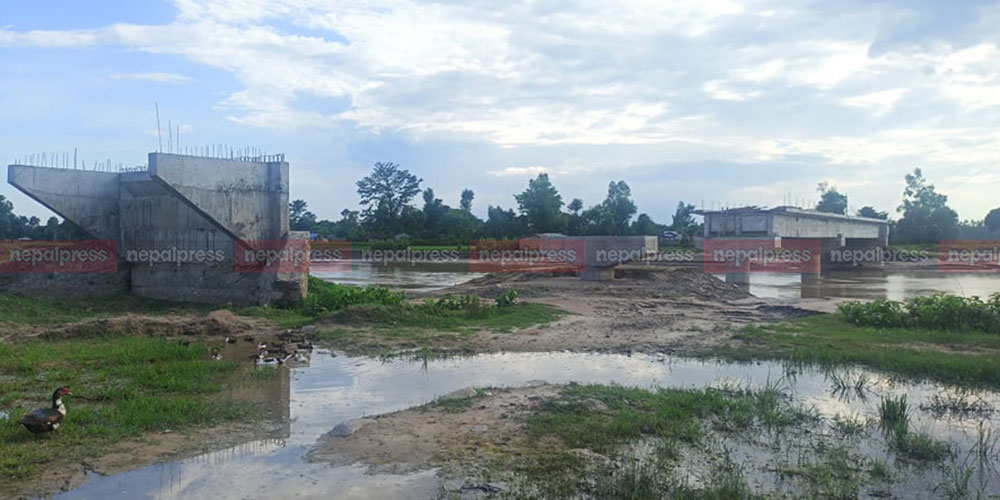 KAILALI: Ten years have already been passed but the construction of bridge over the Kandra River in Kailali district along the postal road has not been completed yet.

People residing in the sourthern area of the Kailali district have been facing difficulties due to lack of bridge.

Lama, Salpa-Sherpa and Biruwa JV had won the contract to build the bridge over the Kandra River in 30 months.

The bridge had to be completed on Decemer 15, 2013 as per the first agreement. The authority had extended the contract time and again in the past but the construction of the bridge has not been completed yet.

Information Officer of the Postal Road and Engineer Padam Bahadur Madaile said that the 30 months time extended for the second time had expired on July 9, 2018. 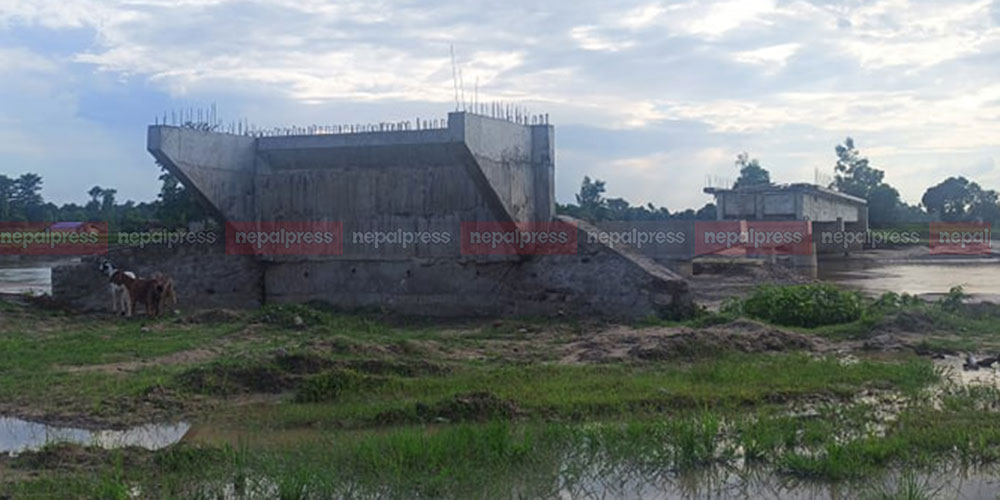 Later, the authority again extended one year time to complete the construction. The company, however, completed only 30 percent works by then.

The authority had again extended the time of six months after the contractor said that it could not complete the construction due to the Covid-19 pandemic. The extended time will expire in mid-August.

Engineer Madaile said that 71 percent of the works have been completed so far. The company had asked another 6 months of time to complete the construction.

Meanwhile, the people of Bhajani Municipality 3, 4 and 8 have been facing difficulties to cross the river.

The dream of the people of these areas to travel safely on the concrete bridge has not been fulfilled even after 10 years. Local Arati Chaudhary lamented that they have been forced to travel on a boat as the construction company is yet to complete the construction of bridge. 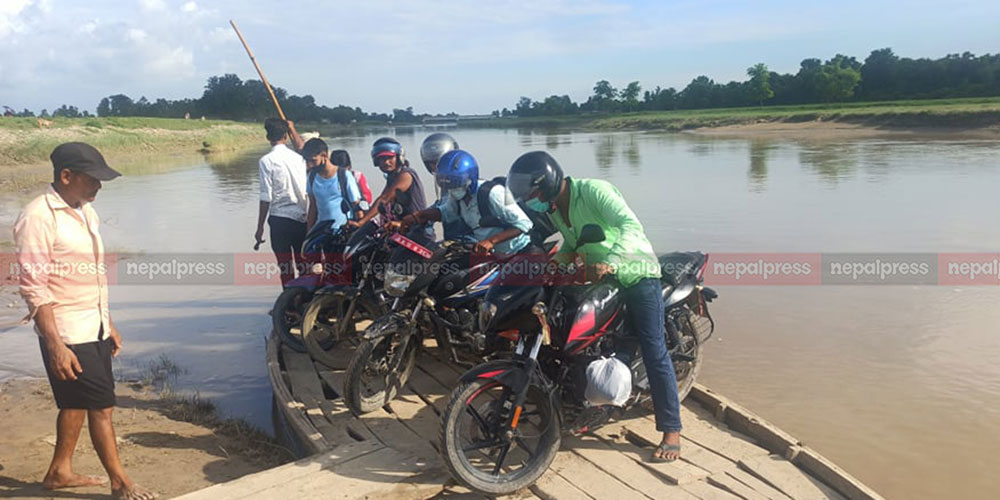 Local Sita Ram Chaudhary said that the children have been facing difficulties to go to school owing to the lack of bridge.

Bhajani Municipality Ward No. 3 Chairman Bikram Chaudhary said that the bridge could not be completed on time due to the sheer negligence of the contractor and Postal Road Office.

He had been constructing the bridge till 2010.

Meanwhile, among the three companies, Lama has been blacklisted while Salpa-Sherpa has been sold to another person. Biruwa JV, however, is still working to complete the bridge. 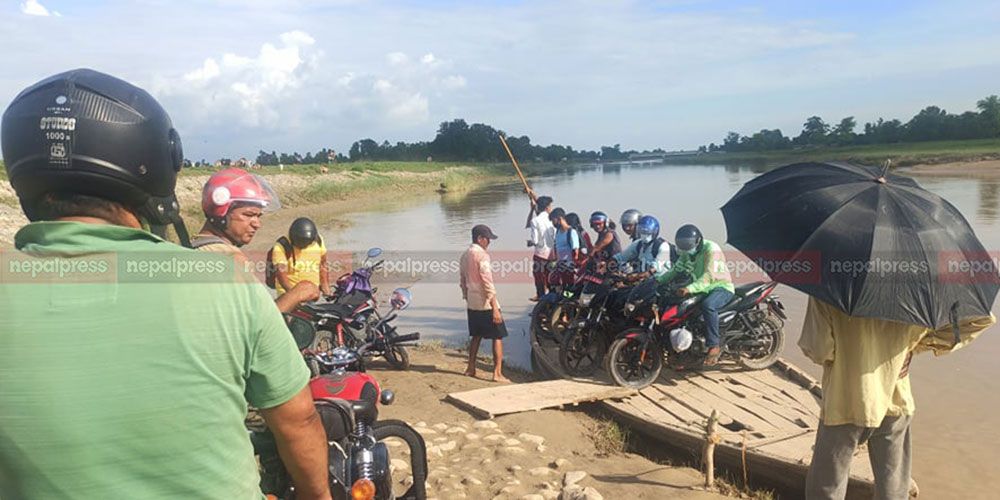 CPN-UML lawmaker Dhan Bahadur Budha, who was elected to the House of Representatives from Dolpa-1, has changed the name of Salpa-Sherpa with Himali Construction Service. He was the Minister of State for Tourism in the KP Sharma Oli-led government.