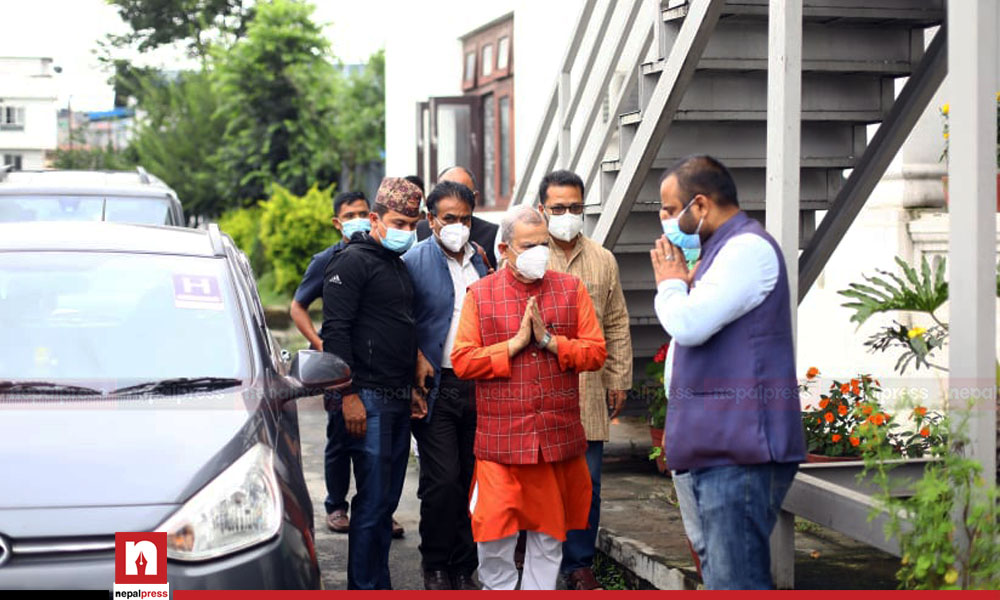 KATHMANDU: Mahanta Thakur has been legally removed from his post of chairman of Janata Samajbadi Party-Nepal (JSP-N).

A meeting presided over by Parliamentary Party leader of JSP-N Upendra Yadav made the decision to this effect on Monday, Election Commission Secretary Suresh Adhikari said.

Thakur was removed as chairman after the EC updated the new executive committee of the JSP-N and registered the 35-member committee.

After the JSP-N registered its Central Executive Committee at the EC without 16 members of the Thakur faction, the status of Thakur, Rajendra Mahato and Sarad Singh Bhandari among others has become like that of general members.