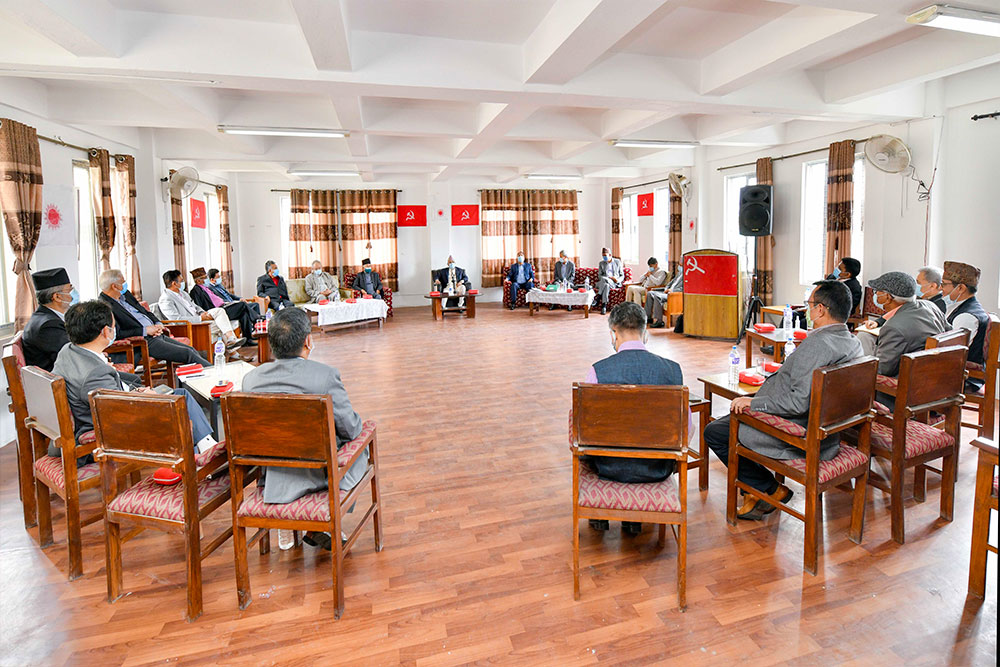 Kathmandu : The main opposition CPN-UML has decided to hold its Central Committee and Standing Committee meeting on Monday.

Central office secretary Sher Bahadur Tamang said that the meeting will dwell on the draft of party statute to be presented in the general convention.

UML leader Bhanu Bhakta Dhakal said that the Standing Committee will endorse the draft statute proposal before tabling it to the Central Committee meeting.

The draft proposal will be sent to all subordinate committees for study and suggestions by August 11.

Tamang also said that the party would focus on renewing its membership and reorganizing the lower level committees.