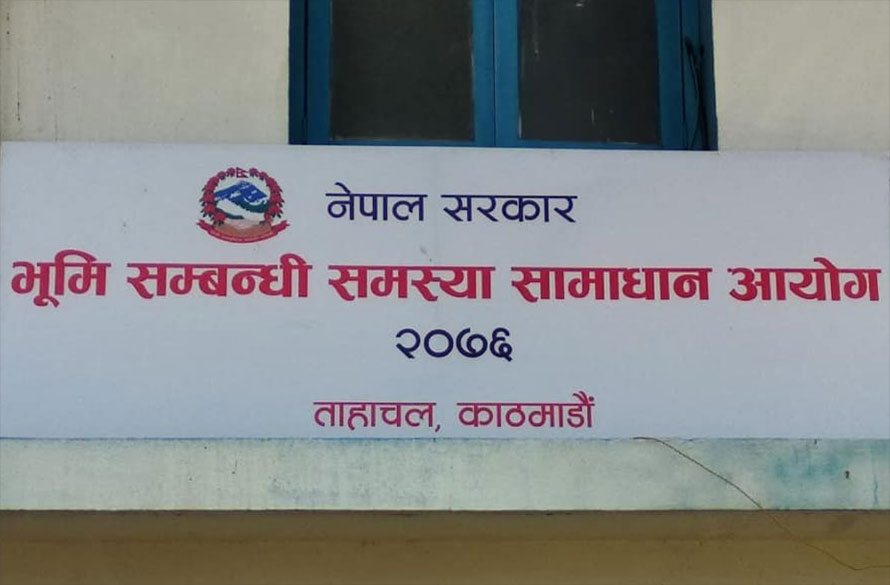 KATHMANDU : The government is preparing to reinstate the Land Related Problem- Solving Commission dissolved by the Cabinet following widespread criticism.

The Cabinet dissolved the Land Commission formed by the erstwhile KP Sharma Oli-led government on August 3.

The government is preparing to reinstate the commission after all quarters of life criticised the Sher Bahadur Deuba-led government for dissolving the commission arguing that the dissolution has left thousands of landless people in limbo.

The government said that the work has been started to reinstate the commission by resolving the legal and technical hurdles among others related to the dissolved Land Commission.

“There were some procedural, legal and technical shortcomings when the erstwhile government formed the commission. We will take the process ahead and give ownership of land to the landless by correcting the weaknesses,” he said.

Home Minister Khand said that the government should address the fundamental rights of the landless people and Dalits as it is ensured in the constitution.

“We will urge all the concerned stakeholders related to solving the problems of landless people,” he said, adding,” There is no need of politicising the issue. ‘

He stated that the constitution has laid the groundwork to provide land to the landless people and Dalits for one time.

“We will provide land ownership certificates to the landless people at the right time. The government is committed for the same. The commission will be formed soon by including the missing subjects.”, the Home Minister said.

A source at the Ministry of Land Management, Cooperatives and Poverty Alleviation said that the commission was only dissolved and not dismissed.

Talking to Nepal Press, a senior official of the commission said, ” The government had asked the commission to guide the office bearers.” But, they did not agree. Some errors have been seen in the order of commission formation.” The source added that the commission was dissolved to rectify the errors.

Article 40 of the Constitution provides for the rights of Dalits. Clause 5 of the said article states that the state should provide land to the landless Dalits once and for all as per the law. Similarly, Article 6 states that the state shall provide accommodation to the homeless Dalits in accordance with the law. But that provision was not included in the constitution order, the ministry officials said.
.