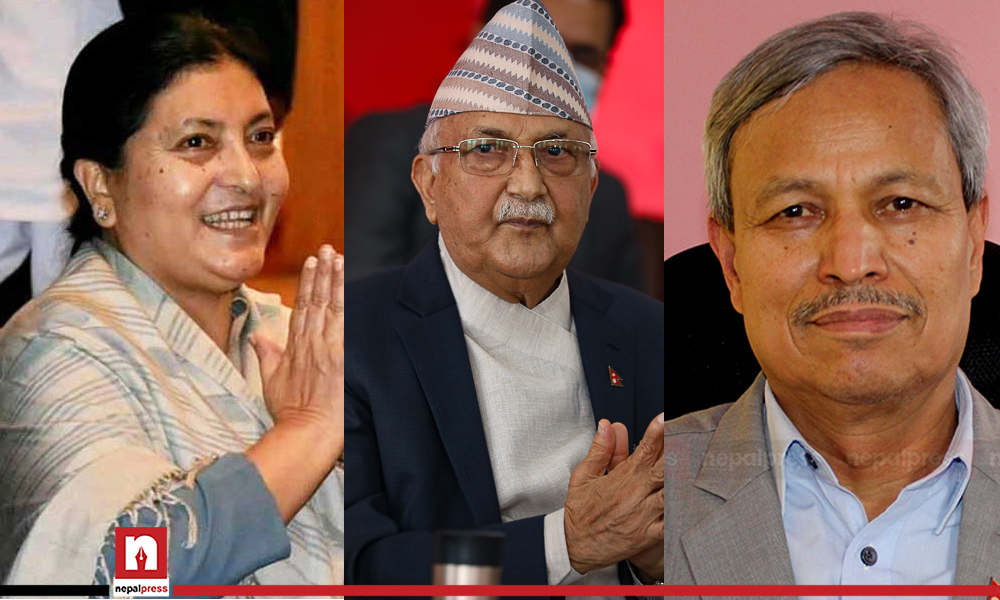 KATHMANDU:  It has been revealed that the scheduled meeting of the Central Committee for today has been postponed after CPN-UML Vice Chairman Bhim Rawal called on Chairman KP Sharma Oli.

KP Sharma Oli adjourned the meeting till Monday following Rawal’s request. However, discussion with Madhav Nepal have not been finalized yet.

After meeting Chairman Oli on Saturday afternoon, Rawal said that they were pressuring Madhav Nepal for unity and he would initiate discussions with Madhav Nepal after the last meeting had also made the decision in the favor of unity.

The Nepal faction had demanded to postpone today’s meeting and stop organizational work including renewal of membership.

Despite the efforts to reach an agreement on power sharing through discussions between the two leaders, the two leaders were not ready to accept each other’s terms, said the leaders participating in the talks.

According to a source, the discussion held at the Office of President of Nepal, Sheetal Niwas, focused on the UML’s dispute and possible steps against the President from the ruling coalition.

It is said that the President has requested Rawal to unite the party. Rawal also said that the president’s initiative could be important for UML unity.

Both Bhandari and Rawal were elected UML vice-chairmen from the Ninth General Convention of CPN-UML.
Some leaders of the ruling coalition, especially Maoist Chairman Prachanda and JSP leaders, want to file an impeachment against the President. For that, UML should be divided. If 91 MPs of the House of Representatives did not stand with Oli faction when UML splits, the ruling coalition reaches two-thirds majority