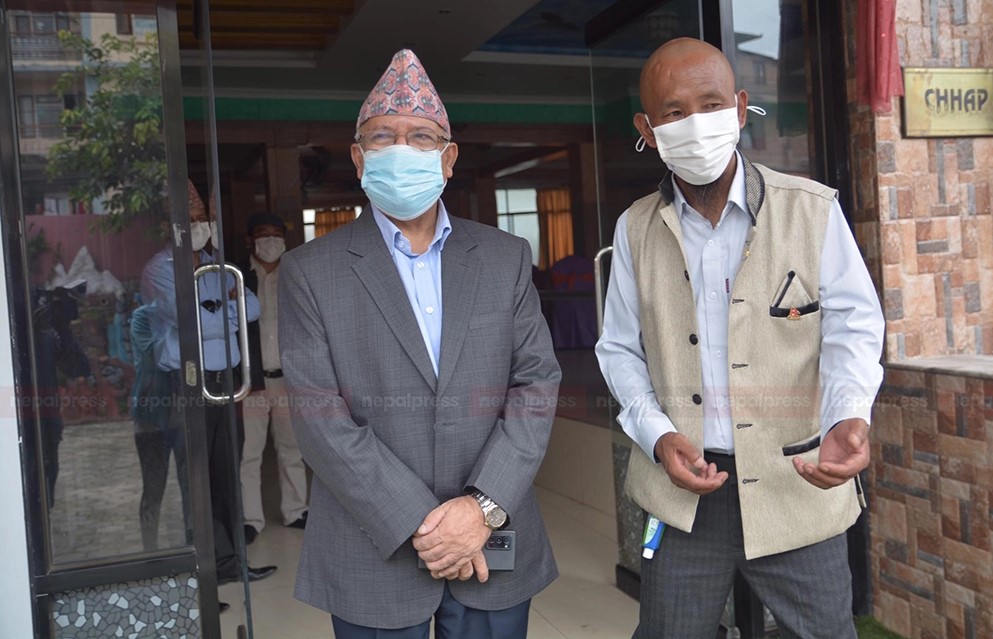 The proposal comes at a time when a seven-member taskforce formed to draft the common minimum programme of the government has been suggesting the concerned authority to form a high-level political mechanism to help run the government in an efficient manner.

Nepal had appraised the leaders close to him of the proposal floated by the senior leaders during a central committee meeting of the Madhav Nepal-Jhalanath Khanal faction.

Dahal and Nepal had also held discussions on the issue time and again in the past. That is why, the government has has been waiting for him to expand the Cabinet. It has been learnt that Nepal will take the decision with a couple of days.

During a central members’ meeting held on Thursday, Nepal had said that UML Chair KP Sharma Oli will not give space to him in the party.

Saying that they have the responsibility to protect the Parliament and to keep the ruling coalition intact, they urged Nepal to lead the high-level political mechanism.

Nepal said that he summoned the meeting of central members as the Standing Committee has been pilling pressure on him to stand for party unity by abandoning the ruling coalition.

A large number of central members and lawmakers have been saying that the Nepal faction should join the government.

Leaders and cadres of Nepal faction across the nation have been demanding the post of chairman with equal rights for the political security.

But, the Nepal faction has been saying that there is no possibility that Oli will unite the party by giving the post of chairman to Nepal with equal rights.

Earlier, during a central committee meeting of the party, Oli had said that he was ready to make senior leader Nepal the second chairman of the party.

Though the leaders of dissolved taskforce had tried to protect the party unity by making Nepal the second chairman of the party, but to no avail.