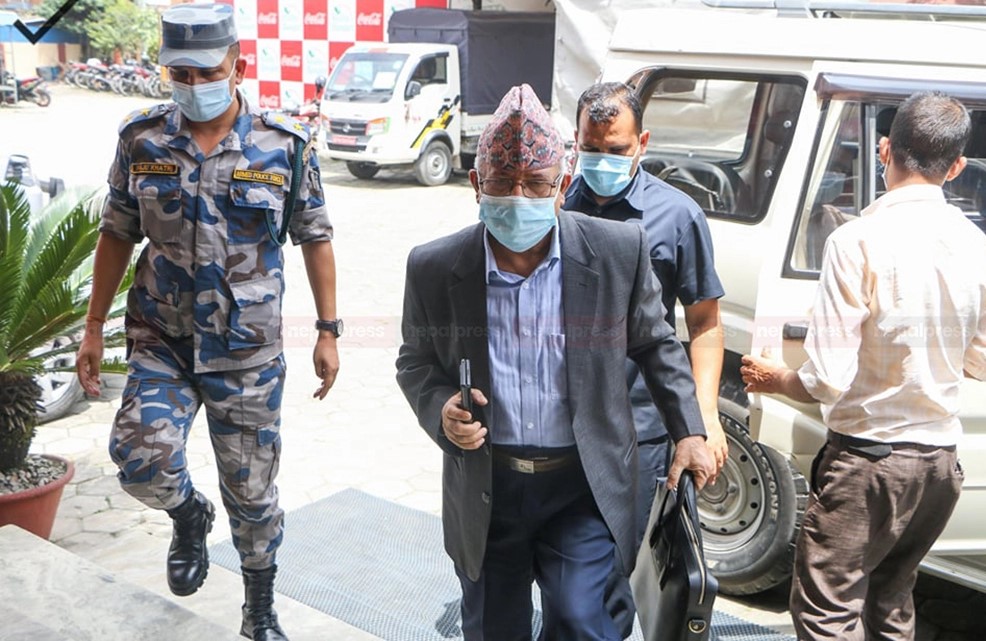 KATHMANDU: Madhav Nepal faction of the CPN-UML has concluded that a 10-point agreement signed by all the task force members is the basis for party unity.

A central committee meeting held for four days concluded on Friday by making a four-point decision.

Speaking to journalists after the meeting, Standing Committee member Raghuji Panta said that his faction will not join the Sher Bahadur Deuba-led government.

The meeting has decided to take the party unity process ahead and continue the dialogue based on the consensus reached so far, he said.

The meeting also urged the establishment faction to not carry out organisational activities like renewing and distributing party membership which would hamper the unity process.

“The 10-point agreement among others have laid the foundation for unity. The meeting decided that the leaders should be more attentive to make the party unity intact,” Pant said.

Addressing the meeting, UML senior leader Madhav Kumar Nepal said that he is in favour of party unity not matter how much Chairman KP Sharma Oli spit venom at him.

Meanwhile, the meeting welcomed the decision of the Supreme Court to reinstate the House of Representatives.

At least 35 central members floated their opinion at the Central Committee meeting and said that they are for party unity.