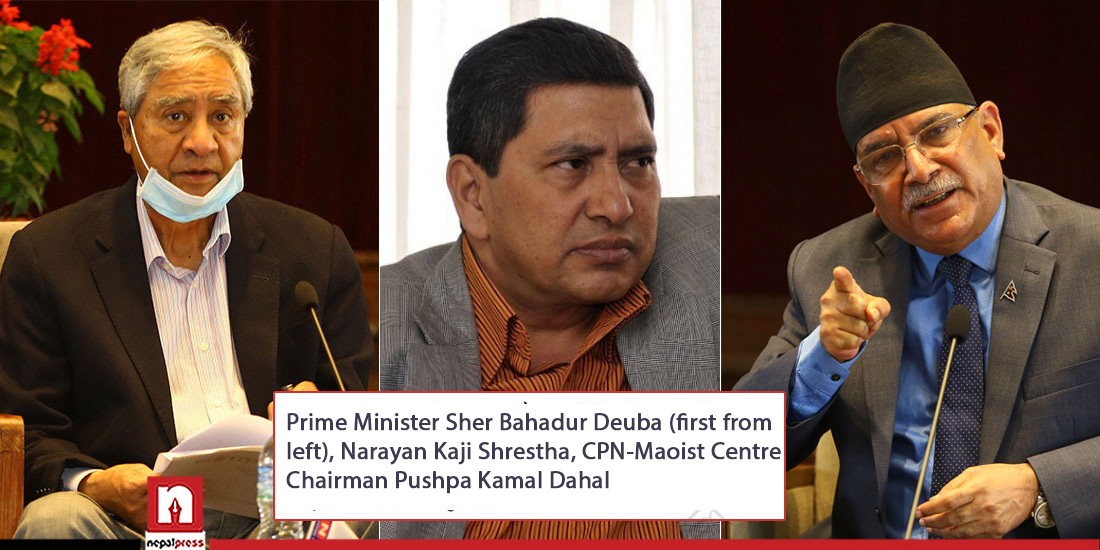 Shrestha, who had lost the House of Representatives election, was elected as a member the National Assembly in 2019. Now, he wants to be a part of the coalition government.

According to a source, Shrestha has been expressing desire to be foreign minister along with deputy prime minister. The constitutional provision, however, does not allow him to be a minister.

Prime Minister Sher Bahadur Deuba had already told CPN-Maoist Centre Chairman Pushpa Kamal Dahal that it would be against the spirit of the constitution to appoint someone defeated in the elections as a minister.

Shrestha, however, has been piling pressure on Maoist supremo Dahal to incorporate him in the government. A few days back, Dahal had said that he was under pressure to nominate ministers from his party.

Article 78 (4) of the constitution stipulates that a person who had lost the HoR election could not become a minister in the same tenure of the HoR.

According to Article 78 (1) of the constitution, the President cannot appoint a person who is not a member of the Federal Parliament as a minister on the recommendation of the Prime Minister.

Earlier, Shrestha had opined that if Article 78 (1) bars him from becoming a minister than he should be appointed as minister under another provision, a Maoist source claimed.

Prime Minister Deuba, however, is not in support of incorporating him in the Cabinet, saying that it would ensue conflict in the alliance.

In addition to that, a source at Baluwatar said that Dahal had earlier held a discussion with the Prime Minister to find ways to bar Shrestha from becoming the minister.