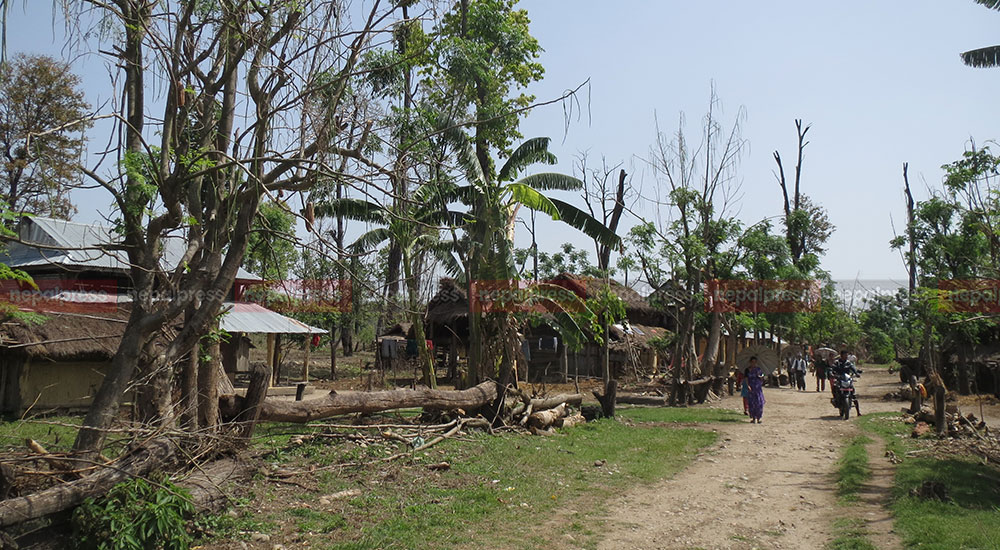 CHITWAN: The decision of the government to dissolve the Land Related Problem-Solving Commission has added woes to the landless people of Madi, Chitwan.

At least 5,458 people had filed applications seeking government land. The decision of the government to dissolve the commission has left thousands of people in dilemma.

They were hopeful that they would get the land this time as the commission was headed by Devi Prasad Gyawali, a leader of Chitwan.

Bandarjhula Squatters’ Struggle Committee Coordinator Raj Kumar Praja lamented that the problem has not been resolved yet due to politics.

“We did not get land registration certificates even when there was a stable government. Now, the commission has been dissolved,” he said, “All the landless people would have got land, had there been good leaders. But, we are trapped in the politics.”

Bandarjhula lies in ward number 9 of Madi. The then Ministry of Land Management, Cooperatives, and Poverty Alleviation in 2016 had formulated a working procedure to shift each household by providing around seven dhur land. But, the locals demanded three kattha land.

Then the political parties started to gear up for the elections to House of Representatives. While canvassing the votes, leaders had assured them of providing around 13 kattha land.

“The process of forming and dissolving the commission continued with the change in government,” Praja said, adding, “The politics over us should be stopped now.”

There are around 750 households in Bandarjhula. The locals are also not allowed to plow the land using tractor.

Meanwhile, Kusumkhola of Chitwan gained a lot of popularity a year ago. The national park administration on July 19 used an elephant to demolish houses and destroy crops at Kusumhola. Following the incident, many people showed sympathy towards the Chepangs of that area.

People had started to leave Kusumkhola, which covers the area of 400 bigha land, since 2015.

Kusumkhola Management Struggle Committee Secretary Kamal Chepang expressed his grievances that the government had committed to provide houses and lands to the Chepangs but they have not got anything yet.

“We migrated to this place by leaving arable lands,” he said,” Neither we got land registration certificates nor houses,” he said. Kamal Chepang along with 55 households are living on the bank of Paruye River with a hope that the government would address their demands one day.

“We had filled up the forms for land registration certificates but the government dissolved the commission again,” he said, adding.

A youth of Bandarjhula said that the new government should resolve the problems of landless people soon.

“I hope that this government will do something for us,” he said, adding, “We will not get justice by forming and dissolving the commission. We should be given the ownership of land.”

He along with some youths a few days back had expressed their emotions with former Prime Minister and CPN- Maoist Centre Chairman Pushpa Kamal Dahal. 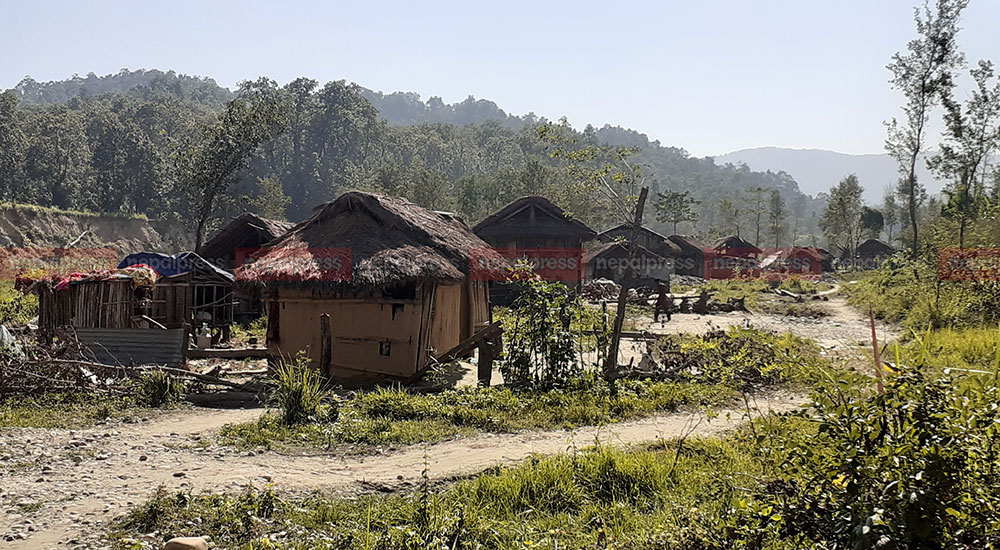 The Chitwan National Park on March 2, 2021 had sent a letter to the municipality with a warning that it would take action against the municipality as per the law if the latter recommends the forest land.

The Madi Municipality on April 25, 2021 had sent a letter to the then Land Related Problem-Solving Commission to sort out the problems. But, the Commission did not take initiative to urge the government to take the decision.

Thakur Prasad Dhakal, Mayor of Madi accused the Commission of not being responsible towards their problems by not taking the issue at the Cabinet.

According to the survey of 1969, most of the squatters’ settlement lies in the forest area, he said. The National Park sent a letter to the municipality to not use the land, but the commission did not speak anything on the issue, Dhakal added.

The landless people will get the ownership of land only if the federal government takes the decision from the Cabinet.

Around 22 districts are also facing the same problem like Madi.