MCC vs BRI: Deuba’s challenge to keep China and US in balance 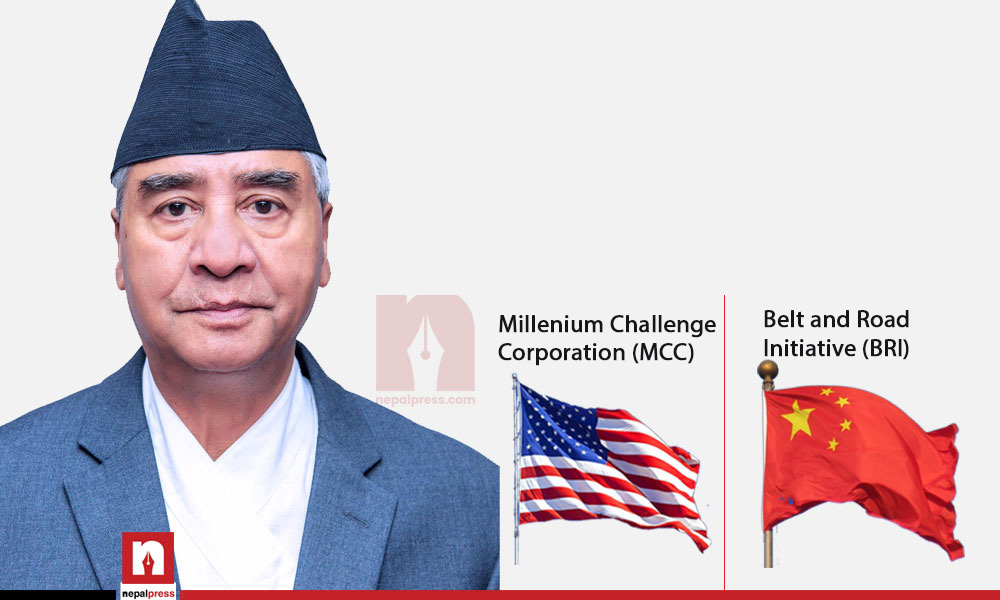 KATHMANDU : On the report of ‘2021 Investment Climate Statements : Nepal’,  which was released on 23rd July by U.S. Department of State, America said that Nepal’s delay in parliamentary approval of the Millennium Challenge Corporation Compact (MCC), had not sent a good message to the potential investors.

The United States  insisted on parliamentary approval for Millennium Challenge Corporation Compact (MCC) to be given immediately.

United States Secretary of State, Antony Blinken, who arrived in Delhi on 27th July, not only wished Prime Minister Sher Bahadur Deuba a successful tenure, but also talked about MCC.

Sending a congratulatory message to Prime Minister Deuba on 28th July, premier of the State Council of the People’s Republic of China, Li Keqiang, expressed interest in the implementation of the Belt and Road Initiative (BRI).

The diplomatic activism and words coined in the congratulatory message immediately after Deuba’s ascension to power indicate that China and the United States will face each other in Kathmandu’s geopolitics.

Striking a balance between the two issues will be very challenging for the Deuba government as there is no consensus among the parties other than the Congress, which plays a key role in the arithmetic of government formation, on defining the MCC.

It is a challenging task for Prime Minister Deuba to reach a consensus on the MCC, taking into account US pressure on the one hand and coalition partners on the other.

At a time when the United States is stepping up diplomatic activism over MCC ratification, China has also expressed interest in implementing the BRI. Kathmandu is now in the  geopolitical gravity between the two powers.

Leaders of the then CPN (Maoist), including Chairman Pushpa Kamal Dahal, had protested when the then Prime Minister KP Oli took the process forward for the parliamentary approval of the MCC.